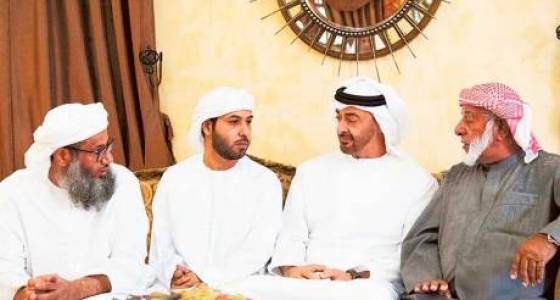 The two martyrs were killed while performing the national duty as part of Operation Restoring Hope, being conducted in Yemen by the Saudi-led Arab Coalition to back the country’s legitimate government.

Al Kaabi died of injuries sustained in a terrorist attack that targeted the guesthouse of Kandahar’s governor.

Shaikh Mohammad extended his deepest condolences and sympathies to the families of the martyrs, praying to Allah Almighty to bestow his mercy upon them and grant their families patience and solace.

He stressed the UAE’s pride in its loyal sons who set distinguished examples of loyalty, sacrifice and belonging to the country and wrote a bright chapter of honourable stances and humanitarian work in battlefields.

He further said the UAE people will always remember the great deeds and sacrifices made by martyrs while performing their national duty. “We are inspired by the martyrs’ strength and determination to go ahead with our approach of supporting justice and face all challenges that threaten the regional peace and security.

“The UAE will continue extending a helping hand to all brothers and friends as our religion and humanity prompt us to do so and this is UAE’s genuine approach adopted since its inception,” Shaikh Mohammad noted.

He lauded the patriotism of the UAE people and their solidarity and pride in the martyrs.

During Shaikh Mohammad’s visit, Mariam, daughter of martyr Sulaiman Al Dahouri, delivered a speech, expressing her pride in her father and Emirati martyrs.