ISIS is in, and ISIL is out.The military will now officially refer to the Islamic State as “ISIS,” short for Islamic State in Iraq and Syria, according to a memo issued by the Pentagon earlier this month. President Donald Trump uses the more commonly... 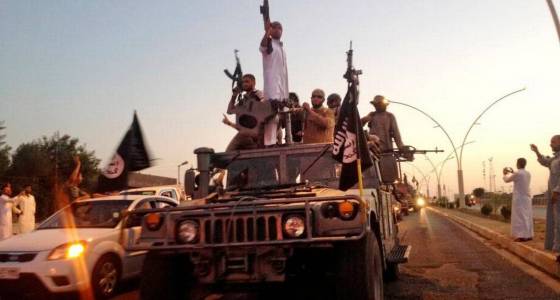 ISIS is in, and ISIL is out.

“We view ISIS, ISIL and Daesh as interchangeable terms for the same thing,” Pentagon spokesman Capt. Jeff Davis said in an email clarifying the change on Friday. “ISIS is the term most known and understood by the American public, and it is what our leadership uses. This memo simply aligns our terminology.”

ISIS is the term most known and understood by the American public, and it is what our leadership uses. Pentagon spokesman Capt. Jeff Davis

The Feb. 13 memo from Defense Department Executive Secretary Michael Bruhn cites guidance from Defense Secretary Jim Mattis, who himself referred to the group as ISIS during his confirmation hearing, as well as Trump’s executive memorandum in January as reasons for the change.

“The Defense Department will use the term Islamic State of Iraq and Syria, or ISIS, when referring to this threat,” he wrote.

The Obama administration referred to the group as ISIL in official statements and documents. The “Levant” in the term refers to the eastern shore of the Mediterranean Sea, including areas of Cyprus, Turkey, Israel, Jordan, Lebanon, Syria, and Palestine.

Using the term is meant to encompass a larger geographic area beyond Syria that is threatened by the terrorist group. ISIL is also a more accurate translation of the group’s Arabic name. Some critics of Obama’s Syria policy said the president used the word ISIL to avoid having to get involved in that country.

Trump signed an executive memorandum in January ordering military leaders to conduct a 30-day review of strategy to defeat the group, referring to the group as ISIS. The White House also has used the acronym in official documents and readouts of calls with foreign leaders.

Wish Obama would say ISIS, like almost everyone else, rather than ISIL.

The State and Defense Departments, however, continued to use ISIL in some of their releases, including travel advisories and readouts of calls.

Some other world leaders and governments, including France, the United Kingdom and Turkey, use the word “Daesh.” Daesh is an Arabic acronym for the group’s name, and is considered derogatory since it sounds similar to an Arabic verb that means to tread or trample underfoot.

During his campaign, Trump often criticized Obama for not using the phrase “radical Islam,” which the former president said bolstered the narrative of a war between the West and Muslims pushed by the terrorist group.

“What exactly would using this label accomplish?” Obama asked in a speech last June. “What exactly would it change? Would it make ISIL less committed to try to kill Americans? Would it bring in more allies? Is there a military strategy that is served by this? The answer is none of the above.”

Last year, Trump implied that Obama similarly shied away from using the word ISIS to be politically correct.

“The president of the United States always says ‘ISIL.’ Everyone else says ‘ISIS,’” Trump said in an interview in March 2016. “And I actually think he does it to bother people.”