Google is going after cable with its own streaming service, YouTube TV

Google is taking the plunge into live television with a new streaming service that's designed to compete against SlingTV, DirecTV Now and Playstation Vue. Google revealed YouTube TV — a $35-a-month service that allows for up to six user profiles — at... 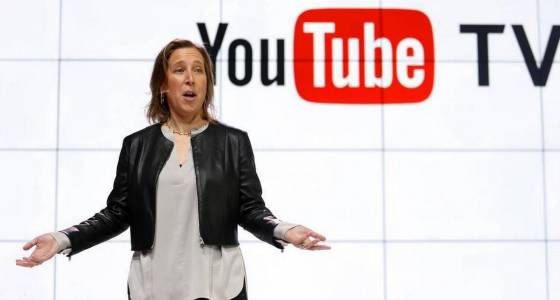 Google is taking the plunge into live television with a new streaming service that's designed to compete against SlingTV, DirecTV Now and Playstation Vue.

Google revealed YouTube TV — a $35-a-month service that allows for up to six user profiles — at a press event in Los Angeles on Tuesday. The plan, which like other streaming services does not require a contract or long-term commitment, comes with many of the same channels available on other platforms, such as ESPN, Syfy and the Disney Channel. Add-ons such as Showtime will also be available.

YouTube TV also comes with a strong array of broadcast network channels, such as ABC, CBS, Fox, NBC and the CW, though Viacom appears to be absent from the lineup. Local news programming from network affiliates will also be included, according to Robert Kyncl, YouTube's chief business officer.

Introducing YouTube TV. Coming soon to the US → https://t.co/5M29Z0M7bO pic.twitter.com/Gq7W9vJXbW

YouTube users watch as many as 1 billion hours of video a day on the service, the company said earlier this week. Those kinds of numbers show exactly why YouTube is entering the market for TV: As more viewers shift their media consumption to Internet streaming options, Google risks having some of that consumption flow to other services. But with its tremendous advantages in software and an existing loyal user base on YouTube, Google faces an enormous opportunity to compete in live television, as well. One sign of Google's confidence? It's offering an unlimited amount of free DVR storage space.

YouTube TV is rolling out on a market-by-market basis; you can sign up online to be notified when it becomes available in your market.