Global markets were mostly higher Wednesday after U.S. President Donald Trump delivered a relatively upbeat speech to the U.S. Congress. Investors were watching for signals on what's ahead in trade, regulations and tax policies, though they got few specifics.KEEPING... 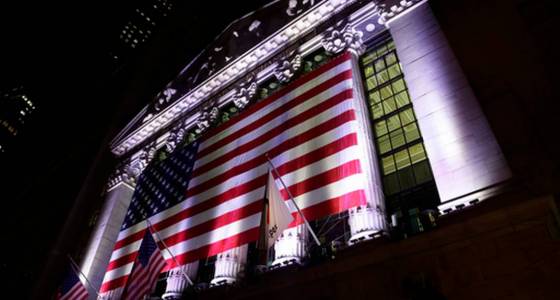 Global markets were mostly higher Wednesday after U.S. President Donald Trump delivered a relatively upbeat speech to the U.S. Congress. Investors were watching for signals on what's ahead in trade, regulations and tax policies, though they got few specifics.

TRUMP SPEECH: Investors were hoping for details of policies to match Trump's promises for an economic revival. The president steered away from dramatically negative descriptions of the state of the U.S. economy and his reiteration of his pledges to reform taxes, slash red tape and ramp up spending on defense and infrastructure projects have mostly sent world share benchmarks higher.

THE QUOTE: "President Trump's address was high on rhetoric and light on detail, leaving the market underwhelmed. The address to Congress was released a good hour before the main event this morning. Mr. Trump followed it word for word with no surprises or add-ons," said Jeffrey Halley, senior market analyst at OANDA.

ENERGY: Benchmark U.S. crude lost 12 cents to $53.89 a barrel in electronic trading on the New York Mercantile Exchange. It slipped 4 cents, or 0.1 percent, to $54.01 Tuesday. Brent crude, which is used to price international oils, fell 6 cents to $56.45 a barrel in London.

Her work can be found at http://bigstory.ap.org/content/yuri-kageyama