Dubai: The story of a family’s struggle to deal with a young man’s autism has been turned into a film by his mother and an Emirati student to boost awareness of the disorder in the UAE.The film "Lemonade” a collaboration between 22-year-old... 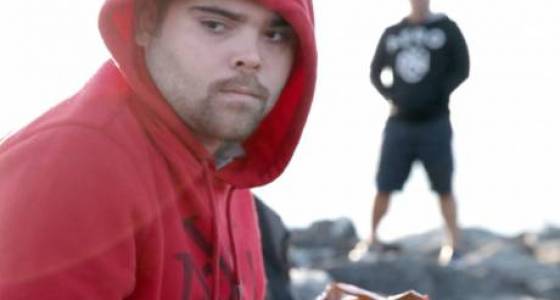 Dubai: The story of a family’s struggle to deal with a young man’s autism has been turned into a film by his mother and an Emirati student to boost awareness of the disorder in the UAE.

The film "Lemonade” a collaboration between 22-year-old Emirati student Sarah Al Hashimi, making her debut as a director, and Dedra Stevenson, who came up with the idea to feature her autistic son Ibrahim after he became too old to attend a special needs school, aims to inspire others facing the same difficulty.

Stevenson said she decided to tell her son’s story so that other families who are trapped in a situation like hers would have a glimmer of hope, and perhaps also find the strength to take on a more proactive approach with their own children.

“I think that "Lemonade" will open doors for more people to create awareness of disorders like autism, as the world is currently highly visual. Autism awareness works better when it’s in film, as does everything, because people may not believe what they read, and they may dismiss what they hear. But they have a hard time not believing their eyes,” she said.

The movie is one of 31 films set to be screened at the World of Women’s Cinema — WOW Film Fair Middle East taking place in Dubai from March 3 to 8. The festival will donate all ticket proceeds to Al Jalila Foundation’s Ta’alouf community programme that supports caregivers of children with special needs.

The Emirati student Al Hashimi, who majors in communication and media sciences at Zayed University and specialises in video and filmmaking, said when the story was brought to her by Stevenson she immediately thought it was one to tell “because it was about a real struggle that people are going through.”

“There hasn’t been much awareness about autism in general in the country and I wanted to address that with this movie. I really wanted the story to be told from Stevenson’s point of view and in her voice. My inspiration was basically the story itself, because anyone would be inspired by hearing it.” Al Hashimi said.

The 4th WOW Film Fair Middle East, developed by Dubai based business owner and news anchor Hermoine Macura — in association with VOX Cinemas, Mall of the Emirates, includes films by women and men from across the world. WOW members can access the full programme which includes screenings at the A4 cinema at Al Serkal Avenue.

The festival will be showcasing 31 films chosen from a selection of more than 100 that have been created predominantly by female filmmakers, producers and screenwriters from 24 countries across five continents.

“Lemonade" will be screened on March 6th at A4 Space, Al Serkal Avenue as part of a special needs focus. The 8pm show is available exclusively to those with WOW membership which can be obtained online at Dh100 and includes access to all A4 screenings and workshops.