Dubai: Dubai's new smart transport roadmap that the Roads and Transport Authority (RTA) launched on Monday will accelerate the city's efforts in adopting autonomous technologies in the transport sector.The five-year strategy ending in 2021, will see the... 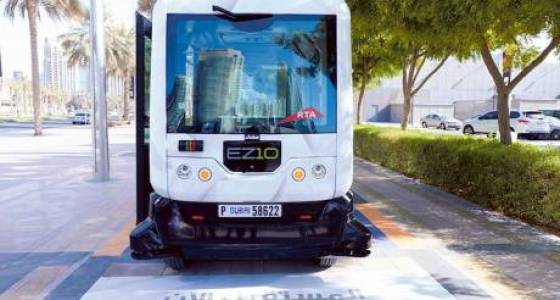 Dubai: Dubai's new smart transport roadmap that the Roads and Transport Authority (RTA) launched on Monday will accelerate the city's efforts in adopting autonomous technologies in the transport sector.

The five-year strategy ending in 2021, will see the implementation of 34 projects ranging from autonomous drones, self-driving buses and taxis as well as other innovative projects like expansion of pedestrian crossings and information kiosks.

As part of the efforts to transform Dubai into the smartest city in the world, the RTA has already implemented 29 innovative projects over the last three years, said Mattar Al Tayer, Director General and Chairman of the Board of Executive Directors of RTA.

The roadmap will see RTA inviting leading international transport firms to take part in a competition that will help to bring out the best in autonomous technologies.

"The competition, which will be announced later this year, will have several segments and will be covering seven different modes of transport, including land, aerial and marine," said Ahmad Hashem Behroozian, CEO of RTA's Licensing Agency.

The idea, he said, is to look for the best technologies that are suitable for a city like Dubai.

Behroozian said that an important focus of the roadmap is to build the ground for future technologies.

"Most of the autonomous technologies across the world are on trial now and nobody is sure which can be put into practice and when. So, we are trying to do is to make the city ready for all future technologies by developing safety standards, introducing relevant legislations as well as building the required infrastructure," said Behroozian.