DubaiLebanese icon singer, George Wassouf, has won a legal battle against a pan-Arab entertainment group that was suing him for Dh4.22 million in compensation following a purported breach of contract.The entertainment group lodged a commercial lawsuit, before... 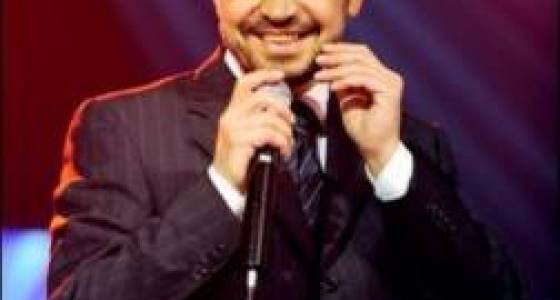 Lebanese icon singer, George Wassouf, has won a legal battle against a pan-Arab entertainment group that was suing him for Dh4.22 million in compensation following a purported breach of contract.

The entertainment group lodged a commercial lawsuit, before Dubai Commercial Court, against the famous Lebanese-Syrian singer and demanded compensation against alleged losses. In their lawsuit, the group mentioned that more than six years ago they had signed an agreement with Wassouf, according to which they were supposed to manage the prominent star’s music activities.

According to the aforementioned agreement, the group were said to have been granted the exclusive right to administer Wassouf’s participation in music concerts, festivals, TV shows and commercial advertisements against a 10 per cent interest of the proceeds of such activities and artworks.

The group had also decided to produce three music albums for the singer for Dh6.6 million, according to the agreement.

According to court records obtained by Gulf News, the group was said to have deposited Dh1.1 million to kick-start the production of the first music album when they alleged Wassouf had breached the contract.

The group mentioned before court that the musician had performed at a number of concerts and festivals and was hosted in TV shows and programs without obtaining their written approval to do so in 2014.

It is worth mentioning that the Lebanese-Syrian star had suffered a stroke in 2011 and was hospitalised after he slipped into coma. However his health condition later witnessed tremendous progress following extensive medical treatment.

According to the lawsuit, the group mentioned that Wassouf failed to honour the contract and pay them their 10 per cent share as per the signed agreement.

The group mentioned to the Commercial Court that the 56-year-old star was hosted on an Egyptian channel, in a Lebanese program besides performing two concerts in Tunisia in August 2014.

Wassouf was also alleged to have breached the agreement by performing live on the pan-Arab famous music competition program, Arab Idol, and other concerts and festivals.

In their lawsuit, the group said that following Wassouf’s participation in the aforementioned entertainment artworks and activities they were entitled to get paid around Dh166,000.

Moreover, Wassouf lodged a counter-lawsuit in which his legal representative dismissed what was mentioned in the entertainment group’s lawsuit and refuted what he described as ‘unfounded’ allegations that the singer had breached the contract. Wassouf’s legal representative also asked the court to reject the commercial lawsuit.

The Commercial Court’s presiding judge dismissed the entertainment group’s lawsuit and ordered the latter to pay Dh1,000 in lawyers’ fees and court fees.

The primary ruling remains subject to appeal within two months.