By the time they agreed to pay $750,000 to settle a lawsuit, the plaintiff was dead

Patricia Mugrauer sued Modesto last year after a police officer entered her home without her permission or a warrant and pushed the frail, disabled senior, causing her to fall and break her hip.She settled her lawsuit last month for nearly $750,000, but Mugrauer... 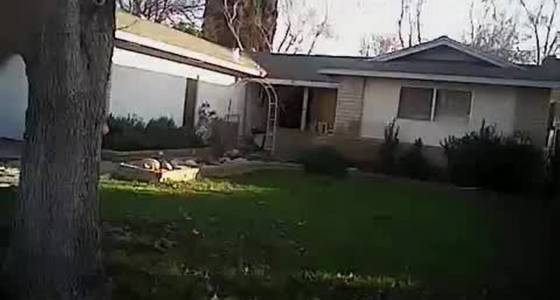 Patricia Mugrauer sued Modesto last year after a police officer entered her home without her permission or a warrant and pushed the frail, disabled senior, causing her to fall and break her hip.

She settled her lawsuit last month for nearly $750,000, but Mugrauer won’t collect a dime. She died Jan. 26, a week after her settlement, at the age of 69. But one of her attorneys says Modesto is not off the hook and owes the money to his client’s estate.

Mugrauer’s lawsuit came from one of the worst calls police officers handle: a civil dispute between a landlord and a tenant. This story is based on the lawsuit and the officers’ body camera footage provided by the Police Department. The department edited the footage so it only shows part of the officers’ interaction with Mugrauer.

The girlfriend called police. Officers John C. Lee and Randy Raduechel responded. Their body camera footage shows Lee standing at the front door talking with Mugrauer. She is standing just inside her home, with the door open.

he Police Department released edited versions of body camera footage from officers John C. Lee and Randy Raduechel of their response to a landlord-tenant dispute in 2015. The landlord, Patricia Mugrauer, sued the city after officers entered her home witho

he Police Department released edited versions of body camera footage from officers John C. Lee and Randy Raduechel of their response to a landlord-tenant dispute in 2015. The landlord, Patricia Mugrauer, sued the city after officers entered her home witho

Patricia Mugrauer places her hand on the door. Lee – who appears to be at least twice as big as Mugrauer – pushes the door open with his left hand, while pushing Mugrauer with his right arm, and enters the home. Mugrauer stumbles backward and hits the floor with a thud.

“There is no reason for you to go to slam that door on me. There is no reason for you to do that,” Lee apparently says to Patricia Mugrauer, who is on the floor, saying, “All right, there’s a lawsuit.” The body camera footage does not appear to show she was trying to slam the door. Lee may have been speaking to Wade Mugrauer, who enters a nearby room and closes the door. Raduechel enters the home as well and follows Wade Mugrauer.

“The police tactics were misguided,” said Sanjay Schmidt, one of the Mugrauers’ attorneys, in an email, “and we hope that the MPD and other departments will train officers in the future regarding what they are, and are not, permitted to do in such situations. ... Through their words and actions, the (officers) abandoned neutrality and transformed the encounter into a ‘curbside courtroom,’ during which my clients’ Fourth Amendment rights were violated.”

UC Davis School of Law professor Floyd Feeney – who reviewed the body camera footage at The Bee’s request – said the officers should not have entered the home unless they had a warrant or there was an emergency. He said Patricia Mugrauer was calm and reasonable and simply setting the circumstances under which the young woman could retrieve her belongings. But it would not have mattered if she had been rude and slammed the door on the officers.

He said many police departments do not get involved in civil matters involving landlords and tenants because they can be time-consuming, often messy, and it can be complicated to determine which party has the law on its side.

In this instance, Mugrauer’s property rights were greater than the young woman’s, said Raquel Aldana, a professor and associate dean for faculty scholarship at the McGeorge School of Law. “This is a close case, but the entry is likely illegal,” she said in an email. “... The issue is not whether the tenant has a right to her property but under what circumstances she can have access.”

When asked whether Lee was too aggressive, Feeney said: “I’ve never been a police officer, but you just don’t do that. I’ve spent a lot of time with police departments in California and in other states and spent 1 1/2 years working with Scotland Yard and other police departments in Great Britain. That is very aggressive (behavior). Police officers don’t like to have their authority questioned. They have a very hard job, but there is no basis for doing that. There was no emergency going on here.”

Modesto police Chief Galen Carroll defended Lee in an email. “I believe he wasn’t even thinking about entering the house. He was trying to make sure she didn’t close the door and didn’t intend for her to fall. In a split second, I don’t think there is a whole lot of thinking about options. It’s more of a reaction.”

Carroll agreed that calls such as these are among the worst for officers. “We aren’t there to violate anyone’s rights or take enforcement action,” he said. “We are there because the two parties can’t agree, and no matter what we do, one or both parties are mad.”

The Mugrauers sued Modesto in federal court in April 2016. Their civil rights lawsuit says their rights to free speech and freedom from unlawful search and unreasonable force were violated. It also alleges disability discrimination, assault and battery, false arrest and imprisonment, and failure to summon medical care. The lawsuit claims Raduechel wrongly handcuffed Wade Mugrauer and pushed a Taser and-or firearm against his head.

Modesto offered to end Patricia Mugrauer’s part of the lawsuit last month by paying her $745,651.01 plus her legal costs if she would dismiss her allegations against the city. She accepted the offer and a judgment was entered in the court in her favor and against the city on Jan. 19. Modesto did not admit to any liability.

Modesto agreed to pay nearly $750,000 in part because Mugrauer fell and broke her hip and because of the medical expenses resulting from her injury, said Blake Loebs, an attorney with the Meyers Nave law firm and the lead attorney representing the city.

Schmidt said the judgment remains in place even though Mugrauer has died. “Judgment was entered in her favor before she tragically passed away,” he said in an email. “There was at that time – and still is – a valid and fully enforceable judgment, which is now an asset of her estate.”

Loebs said in an email that the city’s attorneys have looked at the effect – if any – Mugrauer’s death has on the case. He declined to comment further because of the issues that have not been resolved.

The attorneys for both sides have to determine how much Modesto owes for Mugrauer’s legal costs. If they cannot, then the judge will decide. And Wade Mugrauer’s portion of the lawsuit has not been resolved. That’s why the police did not release the body camera footage related to his allegations. Schmidt said Mugrauer would not comment while his portion of the lawsuit is active.

Patricia Mugrauer had struggled to make ends meet and died after a flu she caught developed into pneumonia, said JeAnne Stoops, Mugrauer’s sister.

“I’m brokenhearted,” Stoops said. “I’m sick to my stomach because she was getting her food from the food banks. She was getting her clothes from the clothes closet. She was so excited, (saying) ‘I think I’m going to get some money.’ The first thing she was going to do was buy some new clothes. And she never had a chance. It’s incredibly sad.”

Stoops described her sister as having a bubbly personality but said she was never the same after her encounter with the police. She said her sister was set to have another surgery related to her hip. Mugrauer used a walker after breaking it. “She never fully recovered,” Stoops said. “I think this is what helped her pass. It was like a domino effect when she got injured from the officer.”