This tale may be as old as time, but the live-action version of 'Beauty and the Beast' will reflect a visible, modern acceptance of LGBT characters.The film's director told Attitude Magazine that the remake of the classic 1991 film will include a subplot... 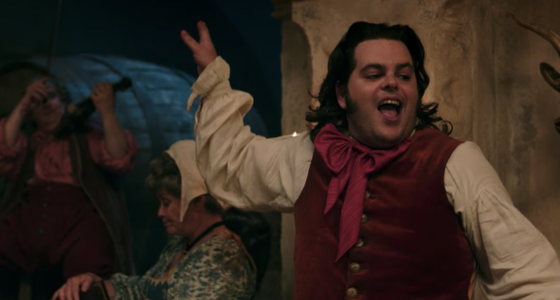 This tale may be as old as time, but the live-action version of 'Beauty and the Beast' will reflect a visible, modern acceptance of LGBT characters.

The film's director told Attitude Magazine that the remake of the classic 1991 film will include a subplot involving Gaston’s sidekick LeFou and his unrequited love for the self-absorbed villain.

“LeFou is somebody who on one day wants to be Gaston and on another day wants to kiss Gaston,” director Bill Condon told the magazine.

“He’s confused about what he wants,” he added. “It’s somebody who’s just realizing that he has these feelings. And Josh [Gad, the actor] makes something really subtle and delicious out of it. And that’s what has its payoff at the end, which I don’t want to give away.”

“But it is a nice, exclusively gay moment in a Disney movie,” he added.

According to the magazine, the portrayal of LeFou as gay would be a first for Disney — and a “watershed moment,” according to its editor in chief.

“By representing same-sex attraction in this short but explicitly gay scene, the studio is sending out a message that this is normal and natural – and this is a message that will be heard in every country of the world, even countries where it’s still socially unacceptable or even illegal to be gay,” editor in chief Matt Cain wrote.

The movie is also adjusting the portrayal of other characters: Emma Watson, who stars as the bookish heroine Belle, said an interview with Entertainment Weekly that the updated film also sought to give Belle a more feminist bent by showing a character with more agency and background.

“In the animated movie, it’s her father who is the inventor, and we actually co-opted that for Belle,” Watson said in the interview. “I was like, ‘Well, there was never very much information or detail at the beginning of the story as to why Belle didn’t fit in, other than she liked books. Also, what is she doing with her time?’ So, we created a backstory for her, which was that she had invented a kind of washing machine, so that, instead of doing laundry, she could sit and use that time to read instead. So, yeah, we made Belle an inventor.”