A town supported cracking down on illegal immigrants. But then they came for Carlos

Ask residents of this coal-mining crossroads about President Donald Trump’s decision to crack down on unauthorized immigrants and most offer no protest. Trump, who easily won this mostly white southern Illinois county, is doing what he promised, they say.... 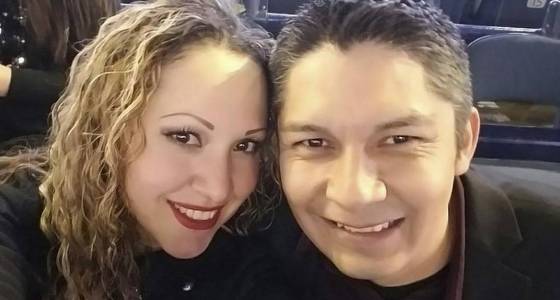 Ask residents of this coal-mining crossroads about President Donald Trump’s decision to crack down on unauthorized immigrants and most offer no protest. Trump, who easily won this mostly white southern Illinois county, is doing what he promised, they say. As Terry Chambers, a barber on Main Street, put it, the president simply wants “to get rid of the bad eggs.”

But then they took Carlos.

Juan Carlos Hernandez Pacheco – just Carlos to the people of West Frankfort – has been the manager of La Fiesta, a Mexican restaurant in this city of 8,000, for a decade. Yes, he always greeted people warmly at the cheerfully decorated restaurant, known for its beef and chicken fajitas. And, yes, he knew their children by name. But people here tick off more things they know Carlos for.

How one night last fall, when the Fire Department was battling a two-alarm blaze, Hernandez suddenly appeared with meals for the firefighters. How he hosted a Law Enforcement Appreciation Day at the restaurant last summer as police officers were facing criticism around the country. How he took part in just about every community committee or charity effort – the Rotary Club, cancer fundraisers, cleanup days, even scholarships for the Redbirds, the high school sports teams, which are the pride of this city.

“I think people need to do things the right way, follow the rules and obey the laws, and I firmly believe in that,” said Lori Barron, owner of Lori’s Hair A'Fairs, a beauty salon. “But in the case of Carlos, I think he may have done more for the people here than this place has ever given him. I think it’s absolutely terrible that he could be taken away.”

On Feb. 9, Hernandez, 38, was arrested by federal immigration agents near his home, not far from La Fiesta, and taken to a detention facility in Missouri. Federal authorities confirmed that he remained in custody, but would not comment on the precise reason for or timing of his arrest.

Immigration officials noted that Hernandez had two drunken-driving convictions from 2007, a circumstance that could make him a higher priority for deportation. Friends of his say he crossed into the United States from Mexico in the late 1990s and had started but never completed efforts to legalize his status.

As Victor Arana, a lawyer for Hernandez, began pressing in court to seek release for Hernandez on bond until his case can be heard, the community has rallied around him, writing pleas for leniency to the officials who will decide his fate.

Tom Jordan, mayor of West Frankfort, wrote that Hernandez was a “great asset” to the city who “doesn’t ask for anything in return.” The fire chief described him as “a man of great character.”

The letters have piled up – from the county prosecutor, the former postmaster, the car dealer, the Rotary Club president. In his note, Richard Glodich, athletic director at Frankfort Community High School, wrote, “As a grandson of immigrants, I am all for immigration reform, but this time you have arrested a GOOD MAN that should be used as a role model for other immigrants.”

This is an uncomfortable stance for a place like West Frankfort. This county, Franklin, backed Trump with 70 percent of the vote, largely on hopes, people here say, that he could jump-start the coal industry, which has receded painfully over decades. Illegal immigration was by no means the most pressing issue for this overwhelmingly white area, residents say.

Still, many say they concur in principle with Trump’s wish to be more aggressive in blocking those who seek to sneak across the border. Things grew more tangled when principle met West Frankfort’s particular reality, in the form of Carlos.

Many people said they had no idea Hernandez lacked legal status until word of his arrest began spreading.

“I knew he was Mexican, but he’s been here so long, he’s just one of us,” said Debra Johnson, a resident. She said she saw a distinction between “people who come over and use the system and people who actually come and help.”

Not everyone feels Hernandez should be treated unlike anyone else without permission to be here. As friends have gathered words of support for him through an email address – istandwithcarlos@gmail.com – other messages have arrived there, too. “Carlos is probably a nice man, but he broke our country’s law,” one email read. Some critics point to the two drunken-driving cases. (His friends say he quit drinking after that.)

Asked about Hernandez, a spokesman for Immigration and Customs Enforcement released a statement that read, in part: “Every day, as part of routine operations, ICE officers target and arrest criminal aliens and other individuals who are in violation of our nation’s immigration laws.”

After a report of his detention appeared in a local newspaper, The Southern Illinoisan, some comments were pointed:

And: “I get that this man has been here for years and years and has contributed to society, but he isn’t LEGAL, therefore the U.S. has every right to throw him out.”

And: “A couple thousand down, millions to go.”

Around West Frankfort, some people grow quiet when asked whether some unauthorized people should be granted exceptions.

“With everything that’s gone on – we’ve had years of unemployment rates that are skyrocketing – I would like to see some of the people that I know go back to work before I worry about people from other countries coming here and making a better life for themselves,” said Audrey Loftus, 38, a bartender at the local Veterans of Foreign Wars post.

But Hernandez, Loftus said, has left her “on the fence” about what should happen now. “I hate to use the word rednecks, but this is southern Illinois.” she said. “This is the definition of a good old boys’ club, and you don’t have a lot of people of different ethnicities that are in this area.

“And then there’s Carlos,” she continued. “You will not find a single person that has anything bad to say about him.”

Hernandez’s lawyer said that a hearing was expected in his case Wednesday and that he was hoping Hernandez might be released on bond as any legal action went forward.

His wife, Elizabeth Hernandez, who attained U.S. citizenship late last year, according to Arana, said she was struggling to sleep, since her husband was detained. The couple has three sons, the youngest 2.

“What I’m really worrying about,” she said in a telephone interview, “is what am I going to tell my three boys if he can’t stay here?”

Tim Grigsby, who owns a local printing shop and considers Hernandez one of his closest friends, has been helping to lead the efforts to bring Hernandez back to West Frankfort. He said he had always known that Hernandez did a lot around town. But he said that even he did not grasp the scope of it all until the letters started flowing in.

There was the pastor who described Hernandez helping at a funeral, the family that remembered him raising hundreds of dollars for its son’s hearing aid, the businessman who said that he was mostly a private person but that Hernandez was one of the few people he invites over for dinner.

Grigsby said he still would vote for Trump. One never agrees with everything a politician does, “but maybe this should all be more on a per-case basis,” he said. “It’s hard to be black and white on this because there may be people like Carlos.”