"we Believe that the crown prince of saudi arabia Mohammed bin Salman approved the operation conducted in Istanbul, Turkey, in order to capture or kill" the j 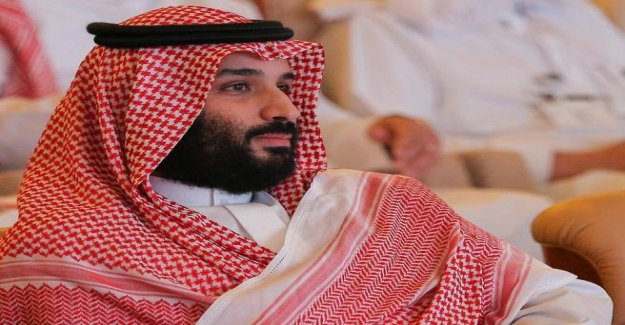 "we Believe that the crown prince of saudi arabia Mohammed bin Salman approved the operation conducted in Istanbul, Turkey, in order to capture or kill" the journalist Jamal Khashoggi, who had criticized the Washington Post. It is the conclusion of the report of the four pages of the american intelligence declassified yesterday by the Biden Administration. The motive: "The crown prince saw Khashoggi as a threat to the Kingdom, and relied extensively on the use of violence if necessary to zittirlo".

The response of Saudi Arabia

For the death of Khashoggi, on 2 October 2018, on the 7th of September, eight agents have been convicted in a final at the penis from 7 to 20 years of imprisonment at the end of a long process in Saudi Arabia, where the responsibility for the murder has been attributed to the deviated secret services, with the consent of the crown. Their names have not been disclosed.

"total Control over the secret services"

But the U.s. intelligence stresses that Mohammed bin Salman, said Mbs, has an "absolute control over the operations of the security and intelligence since 2017": "highly unlikely" that 15 agents arrived with jet of the sovereign wealth fund of saudi arabia have murdered a journalist inside the consulate without the knowledge of the prince.

The charges are based on three elements: "the control of the saudi prince on the decision-making process in the Kingdom, the direct involvement of a key advisor and member of the circle of Mohammad bin Salman in the operation, and the support of the prince the use of harsh measures to silence dissent abroad". The key advisor is Saud al-Qahtani, a man feared that he called intellectuals and dissidents at home and abroad to bully them (called also Khashoggi), and "did not act without the approval of the prince." Qahtani was fired in 2018, but not indicted. Local sources have told Reuters that it is "free and works with discretion". The team included then "the seven personal bodyguards" of Mbs, a subgroup of the Royal Guard, known as the Rapid Intervention Force (the force of the rapid intervention), "which responds only to the prince, and had already participated in previous operations against dissidents at home and abroad. Would never have acted in the absence of an order". Between them is part of Maher Mutreb, immediately recognized it from the picture of the 2 October 2018 disseminated by the Turkish media since appeared previously next to Mbs in official visits.

Qahtani and Mutreb are at the top of the list of 21 people considered by U.s. intelligence "with high probability" complicit in or responsible for the murder "on behalf of the prince".

Among the names found in the 11 already identified in the report of 2019 of the Un's special rapporteur for the executions, extrajudicial Agnes Callamard, which concluded that there were "credible evidence of a responsibility of the prince that required further investigation". In the two lists appear, among others, Ahmed Asiri, the deputy head of the intelligence that the power of attorney arabia singled out for having ordered the repatriation of Khashoggi, but then acquitted for "lack of evidence"; Salah Mohammed Tubaigy, forensic expert that would have torn to pieces the corpse; Mustafa Al Madani, who would have worn the clothes of Khashoggi, to pretend that it was out alive from the building, and the same console Mohammad Al - Utaybah.

The report Uses not respond to a question most often asked in these years: to kill the journalist was in the plans from the beginning? "We don't know when you both decided to make him evil." But it underlines a particular: these individuals could not fail, "they were afraid of being punished, even with the shutdown".