Goa rebels: our paradise is threatened from the lobby of the coal

This time Goa is not to change the skin. The smallest indian state the paradise of the hippies until years 70 it is then transformed into a sort of Costa Brava 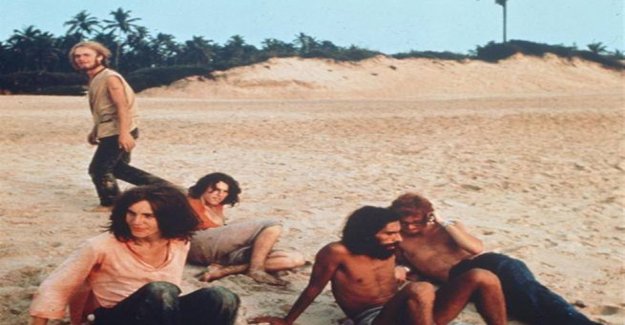 This time Goa is not to change the skin. The smallest indian state the paradise of the hippies until years 70 it is then transformed into a sort of Costa Brava in the Subcontinent the place of the fricchettoni, the masses of tourists of the middle class indian. The inhabitants, as much as annoyed, have borne in silence this transformation.
This time, however, no, they are on a war footing, as ever, for decades. Because to be threatened now not only the breathtaking beaches and mangroves of the coast of Goa, but his heart is green: the national Park Mollem and the "sanctuary" of Bhagwan Mahaveer with the waterfalls of Dudhsagar. In the lush jungle that covers the mountain chain of the western Ghats are also home to Bengal tigers, leopards, black panthers and hundreds of species unique in the world. As the gaur, or indian bison, the animal is proud and strong symbol of Goa. But this protected area of 240 square kilometers, is destined to be "scarred" by the three projects invasive: the doubling of the railway line, the transformation of a street in a roadway to four lanes and the construction of a plant for electricity. Projects that would cause the disappearance of 378 acres of forest, and the killing of 40 thousand protected trees. "This is one of the eight centers of the world in the biodiversity of the site, the plan will result in damages recoverable" warns Claude Alvares, an activist of the Goa Foundation that has brought the case to the High court of Mumbai and the Supreme Court.

Activists and residents complain, furthermore, that these plans have been imposed from New Delhi without any public consultation. A "coup" that has created a resentment that is widespread and a movement of opposition unprecedented in Goa. In over 8 thousand — on a million and a half of inhabitants have taken part in the last protest. Students, artists, biologists, tourist organisations and 150 scientists have written to the minister of the Environment and to the supreme Court to ask to stop the project "illegal".
The indian law forbids to build in the nature reserves but the government has approved these projects in the name of the public interest and the development of Goa. "We are not fighting only to save the beauty of the forest, Mollem, but for the survival of life here — has clarified to the Guardian, the artist Svabhu Kohli, who started the campaign and My Mollem —. They say that these projects are for the benefit of the people of Goa. But if it is for us, why do we not have consulted?".

Many believe that the initiatives covered in the big plan to transform this former Portuguese colony in the "corridor of coal": an agile point of step increase of 5 times the imports of the fossil fuel part of the larger indian industry, known for their ties with the hindu nationalist party to the government, the Bjp of prime minister Narendra Modi. A plan started for a long time. In the last three years, the port of Mormugao has been enhanced to become a hub of the coal, the fuel to carry in the neighboring states of Karnataka and Maharashtra. For this it is necessary to increase the roads and railways.
set aside their typical susegad — relaxation and serenity — the fight of the goanesi continue.