Deliveries of the vaccines, in late Modern times. You're still waiting for the ok of the inspectors of the swiss

To explain the "hole" of the supplies of the Modern, we must move in Switzerland, in the canton of Valais. Here, in Visp, is the establishment of Lonza, centu 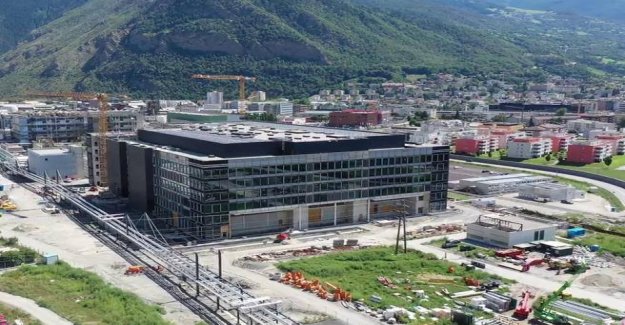 To explain the "hole" of the supplies of the Modern, we must move in Switzerland, in the canton of Valais. Here, in Visp, is the establishment of Lonza, century-old multinational drug company, which takes its name from the river not far away.

on 14 January the company had said to be ready to produce and ship the compound anti-Covid 19, adding, however, that the vaccine could not be used without the approval of Swissmedic, the federal authority for surveillance, the equivalent of the european Ema or the american Fed. "We're working 24 hours on 24 to deliver the substances, and we are respecting the times". Obviously that wasn't the case. Something did not work as expected in the chain assembly, taking into account a different step. Lonza provides the liquid to the Laboratorios Farmaceuticos Rovi, Madrid, which sees to the packaging and delivery to the Eu Countries.

Which may have been the hitch? From the press office of Lonza answer: "Lonza is responsible for only a component of the production of the vaccine Covid of Modern. Any questions about distribution should be directed to the press office of the Modern". The americans, however, no comment.

However, some facts are clear. The swiss industry was waiting for several weeks inspectors of Swissmedic, which are presented, however, at least 10 days after the press release of 14 January. The confirmation on the phone from Bern Lukas Jaggi, spokesman of the supervisory Authority: "We conducted the inspection in the plant of Lonza in Visp, a few days ago. Can't go into details, but I want, instead, to emphasize that the procedure usually requires a long time. With the emergence Covid we are moving with the maximum speed and if the inspection will give a positive result, the authorization will come very soon". According to previous, the "very soon" to Swissmedic, it means one or two weeks.

Probably the executives of Lonza thought they could get the green light in the shorter time. It is therefore plausible that it has slowed the flow of the deliveries, whereas the vaccine is, however, a commodity difficult to handle. Now it's a fair guess that the braking action will still last for a week or two, until it comes to the authorization of Swissmedic.

technology "mRna" used by Modern represents a new challenge for Lonza. The swiss group, founded in 1897, is considered to be a solid reality of the sector, with a turnover of close to 6 billion euros and 15 thousand employees in 35 Countries. It is a "public company", which is listed in Zurich and Singapore, with more than 18 thousand shareholders, among which the highest elevation (up 9.6%) in the hands of the fund Uses BlackRock. The managing director is Albert Baehny, 68-year-old manager experienced chemistry.

All of this should have oriented the choice of the americans to Modern. In may of 2020 have concluded an agreement, valid for 10 years with the swiss partners. Objective: to put on the market about 300 million doses per year. For the moment the capacity is reduced to a third, having been assembled in a single production line of the three planned. The investments are massive: around € 70 million for each plant. But the resources are not lacking. Lonza has a profit margin impressive, almost 31% of revenues. And the administration Trump has guaranteed to a Modern one billion dollars for research and early production.

it Remains to be seen, to the net of the complaints, because no government and no pharmaceutical company in the Eu would have thought to make an alliance with scientific-industrial with Modern.