Raspberry Pi has long been a favorite tool for techies to build all sorts of computer-powered projects. Tuesday brought the introduction of a new version of the single-board computer that includes Wi-Fi and Bluetooth connectivity.While most computers come... 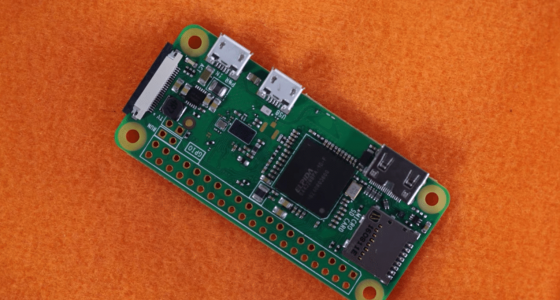 Raspberry Pi has long been a favorite tool for techies to build all sorts of computer-powered projects. Tuesday brought the introduction of a new version of the single-board computer that includes Wi-Fi and Bluetooth connectivity.

While most computers come with massive towers—and price tags—the Raspberry Pi is entirely the opposite. It’s tiny and cheap, but still plenty powerful. The modules are commonly used by do-it-yourselfers and for educational projects.

The latest version of the popular single-board computer is the Pi Zero W. It’s a sort of hybrid version of two other models of computers made by the United Kingdom-based Raspberry Pi Foundation.

The Pi Zero W uses the small form factor of the Pi Zero, a shrunken version of the already small computers. Packed into the tiny package is 802.11n Wi-Fi connectivity and the Bluetooth 4.0 wireless chip found in the Pi 3 Model B, launched in February 2016.

Possibly the best part of the best-of-both-worlds approach the Pi Zero W takes is that its price tag runs closer to the Pi Zero than the Pi 3 Model B. The Pi Zero W will cost $10.

That’s $5 more than the Pi Zero (which doesn’t offer the same wireless connectivity), a considerable savings off the $35 price of the Pi 3 Model B.

Prior to the introduction of wireless connectivity with the Pi Zero W, users would be required to purchase a number of accessories and dongles to add similar functionality to the boards that didn’t come equipped to connect via Wi-Fi or bluetooth.

Outside of the ability to communicate with bluetooth devices and hop on a wireless internet connection, the Pi Zero W is essentially the same as the Pi Zero in terms of specs. The board features a single-core 1GHz CPU and 512MB of RAM.

The Raspberry Pi Zero W is available through a number of third-party sellers that work with the Raspberry Pi Foundation. Adafruit, CanaKit, the Pi Hut and Pimo Roni are the primary global distributors, with regional carriers also available. Purchasers in the United States can also buy the device through MicroCenter.

The foundation recently added ModMyPi in the UK, pi3g in Germany, Samm Teknoloji in Turkey, Kubii in France, Spain, Italy and Portugal and Kiwi Electronics in the Netherlands, Belgium and Luxembourg as sellers.