We've lamented and poked fun at monster-sized McMansions here for years. These gigantic, energy-wasting homes are inflated with thousands of square feet that people don't need, and seem to symbolize the excessive wastefulness that underlies our culture... 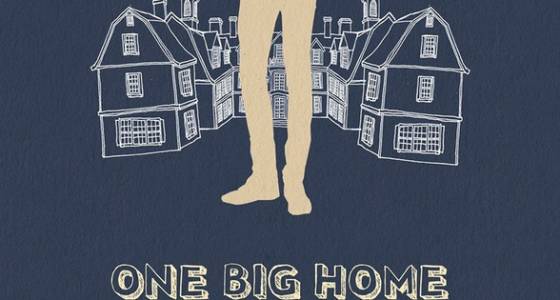 We've lamented and poked fun at monster-sized McMansions here for years. These gigantic, energy-wasting homes are inflated with thousands of square feet that people don't need, and seem to symbolize the excessive wastefulness that underlies our culture of disposability. Yet they seem to persist, even in the face of economic recession, for a variety of reasons.

Now in his latest film, One Big Home, American filmmaker Thomas Bena takes a closer look at the long-term impact of such homes in the island community of Martha's Vineyard, located south of Cape Cod in Massachusetts. Filmed over a period of 12 years, the film takes a probing look at how the influx of these enormous houses have had on the local community and its permanent residents, and the character of the island itself. Once known as a quiet and quaint place, the island is now where the rich build unbelievably huge houses, many unoccupied for half the year:

One Big Home - Trailer from Thomas Bena on Vimeo.

The premise of the film begins on familiar ground, with Bena casting a critical, almost dogmatic eye on the issue:

On the first day that I arrived I landed several jobs and it wasn’t long before I was working seven days a week. My main gig was carpentry. At first I really enjoyed the work, but over time I found myself working on larger and larger homes. The larger the home, the more my sense of uneasiness increased. And the fact that they were often third or fourth homes seemed incongruous with their enormous size. They looked more like bus stations or hotels, not summer cottages.

The houses were heated year round and I found the waste of resources shocking and depressing. Not only did the “starter castles” dwarf the cottages and historic homes they replaced, they seemed out of keeping with everything that I love about Martha’s Vineyard. I felt like I was ruining the place that I wanted to call home. And that is why I took off my tool belt and picked up a camera.

But as the film progresses, Bena's approach becomes much more nuanced. In talking with other local carpenters who work on these huge houses, we discover that their livelihood depends on these large contracts. We hear from long-time residents, some of whom are uneasy about telling newcomers what to build or not to build. In his interviews with some of these owners of these oversize mansions, we hear the human side of their stories as well. But we also see how some of these wealthy homeowners take advantage of legal loopholes -- or even flout them completely -- with serious consequences.

Along the way, we also watch Bena transform: he becomes a father, and at the insistence of his pregnant partner, swaps his own small home for a larger one (much to his own self-conscious chagrin). Bena seems to come to the realization that it's not necessarily about being "anti-trophy home", or "anti-wealth" or "anti-development", but being "pro-community" -- something we watch unfold powerfully as Bena himself participates in changing his community's regulations to limit new house size at 3,500 square feet.

The film is ultimately a thought-provoking one, offering viewers insights from multiple perspectives and an inside look at how one community decided together in determining its future. The film also raises the important issue of how entrenched the idea of individualism and private property is in our culture, and how it can conflict with the idea of the commons, and the realities of shared community -- something that's common in many towns and cities all over the world. While it's easy to deride mega-mansions, it's much harder to understand what gives rise to them, and how our societies and communities can deal with them as a whole.

One Big Home has upcoming screenings in California, Washington DC, New Jersey and British Columbia during the next couple of months. For more information, visit One Big Home and on Facebook.