Last month, the thoroughly modern social media managers of dictionary giant Merriam-Webster noticed a major spike in searches for the word "fact" after that same word suffered some very public maltreatment. To clear things up, they tweeted the definition:... 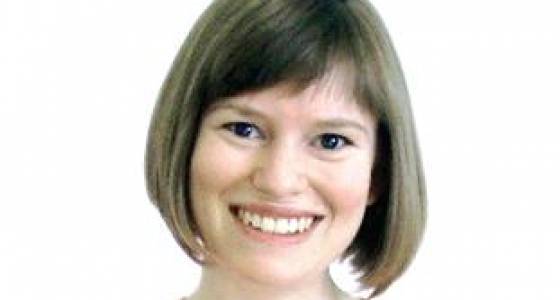 To clear things up, they tweeted the definition: "a piece of information presented as having objective reality."

Many people think science is a collection of facts. Even Merriam-Webster's definition — the state of knowing: knowledge as distinguished from ignorance or misunderstanding — agrees.

But in reality, science is not the same as facts or knowledge. Science is a process: a specific way of questioning, learning and revising. Science generates knowledge and sorts out facts, but those static products are just part of the story.

Without meaning to, writers like me, whether we're working on textbooks, news stories or even tweets, can contribute to the impression that science is no more than a sum of facts.

We reel off whiz-bang new discoveries but resist the hard, un-grabby work of telling the whole, inch-by-inch story of how those discoveries were made. As the old quote goes, "No one wants to hear about the labor pains; they just want to see the baby."

The problem is that science is both baby and labor. Leave out the labor, people may come up with some pretty funny ideas about where that baby came from.

The other problem with facts: Facts are essentially powerless to change opinions on culturally polarized issues, according to research (ironic, right?) from Dan Kahan, a professor of law and psychology at Yale Law School, and his colleagues.

Kahan studies how people take in information about science and technology, especially on contentious issues like climate change and GMOs, and he's found (gasp) that we aren't perfectly rational. Our values — including our attitudes toward the free market, corporations and government — distort the lens through which we see politically-charged science issues.

And that isn't all. He and his team came to the perverse conclusion that people with greater scientific knowledge are actually more deeply split on disputed issues than people who know less about science. That's a pretty discouraging result for, well, anybody interested in the progress of the human race by means of reason and logic.

That's the bad news. The good news, according to a new study by Kahan and his team: "Science curiosity," which they inferred from interest in reading science news and watching science films, is linked with less political polarization on hot-button issues.

Bizarrely, knowing science seems to drive people further apart, but wondering about science brings them closer together. Curiosity also counteracts the echo-chamber effect which leaves us perpetually seeking, and finding, information that supports and calcifies our preexisting opinions. That's because curiosity bends us toward novel ideas, toward facts that surprise and challenge us.

And that, after all, is what science is all about. Because what's most exciting in science is not having previous experiments confirmed. The real prize is the surprising result that makes you rethink what you thought you knew.

And so when science is silenced or suppressed, we lose more than facts. We lose a way of thinking that is powerful, critical and potentially unifying. And that is how we lose our way.

Kate Becker is a science writer living in Boston. Contact her at spacecrafty.com, or connect via facebook.com/katembecker or twitter.com/kmbecker.