Galleries Videos CONTACT ADVERTISE
Famagusta 23°
few clouds
BUSINESS EDUCATION ENTERTAINMENT HEALTH POLITICS SCIENCE SPORTS TECHNOLOGY
12:08 Guide To Online Sports Betting: How To Choose A Sportsbook
08:28 What Are Some Reasons to Consult a Brain Injury Lawyer?
09:24 Blockchain Solutions for Enterprises: How To Increase Efficiency And Profitability
07:06 How To Deal With A Car Crash In New York
17:43 Tips to keep in mind while choosing the casino site
11:34 Relation Between Employee Theft and Pre-employment Screening Check
04:37 Search your own desired site to play sports for betting
18:00 Top 3 Career Path Options for Business Analysts Preview
15:35 The history of Imen Jane, who is the influencer and the charges on the...
18:48 Sebastian Vettel's Greatest Races
BIST
1120
GOLD
457.848
USD
7.6108
GPB
9.7188
EUR
8.8768
Breaking News
Top 3 Career Path Options for Business Analysts Preview
Close

How To Play ‘Tom Clancy's The Division’ For Free

Ubisoft is offering players free access to “Tom Clancy’s The Division” starting this week. Interested gamers can now take advantage of this offer and play the open world third-person shooter on Xbox One, PlayStation 4 and PC — thanks to Ubisoft’s... 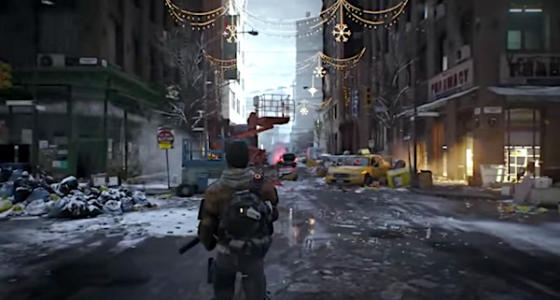 Ubisoft is offering players free access to “Tom Clancy’s The Division” starting this week. Interested gamers can now take advantage of this offer and play the open world third-person shooter on Xbox One, PlayStation 4 and PC — thanks to Ubisoft’s PC games portal Uplay.

Just this Tuesday, Ubisoft announced on its Tom Clancy website that players who really want to jump into its groundbreaking RPG but do not have enough money to spend on the game may now access it for free for up to six hours or until they reach level 8. This is absolutely good news to fans who are still pondering if spending €16.55 ($17.47) on Uplay or splurging $49.99 on either the Microsoft Store or PlayStation Store is worth it for this game.

The free trial lets players play either in co-op or on their own to save New York from the pandemic. Ubisoft said that this would actually feel like the main game because it already gives players full access to the official game’s content. Once the limit of the trial is reached, the player’s progression will be saved and will be carried over for when he or she decides to finally purchase the full game.

For interested players, they can access the free trial from the official “Tom Clancy’s The Division” website. From there, they can choose the platform — Xbox One or PlayStation — they will be using in playing the RPG. There is also the option to obtain the game from Uplay. Gamers who do not have access to the service are asked to download the software for Ubisoft’s PC portal.

Another way to download the free demo is by logging onto the Microsoft Store or PlayStation Store and search for “The Division” there. The pages for the game have already been updated to show the “Try for free” and “Try free demo” buttons.

Aside from the free trial, Ubisoft has also launched the third expansion and update 1.6 for the game. The new expansion, entitled “The Last Stand,” comes with a new game mode of the same name for the Dark Zone PvP environment as well as a new incursion called Stolen Signal. Meanwhile, update 1.6 brings with it new content like exotic weapons, landmarks and new Contamination events, as per PC Games Network.