PARIS (AP), -- France opened 400 investigations into fake COVID-19 health cards networks, the interior minister announced Sunday. This comes as virus-related hospitalizations are on the rise in the country. 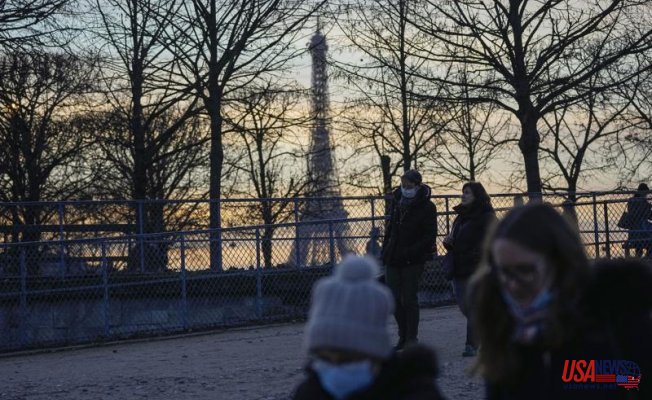 French media have been reporting on the case of a woman who contracted the virus and died at a Paris regional hospital. She had presented a fake vaccine certificate. If they had known she was not vaccinated, the hospital's chief of intensive care would have provided immediate treatment.

According to Gerald Darmanin, the Interior Minister of France, several thousand COVID-19 fake health cards were found in France. He spoke Sunday on RTL radio. According to Darmanin, more than 400 investigations were opened into the sale of fake COVID-19 health passes, some of which were "connected with health professionals."

He did not provide any details or say how many people had been arrested.

The government is tightening rules regarding the pass, which are required to enter most restaurants and a growing list of events and venues. In order to get one, one must have proof of full vaccination and a negative virus test no more than 24 hours ago. Half of French ICUs are full of virus patients. Some regions delay non-urgent surgery and over 100 people are dying each day.

Although the government has closed nightclubs and increased social distancing, it is trying to avoid another lockdown. Olivier Veran, the Health Minister, said that although "the epidemic wave" is very severe, there are signs that it is slowing down. He stated that 90% of those over 65 have received booster shots.