Clash Royale hasn’t had a big update in quite some time, but it looks like the next one may offer a major feature worth waiting for.  Team Battle may finally be a thing according to a series of recent Easter eggs laid by Supercell staff.The scavenger... 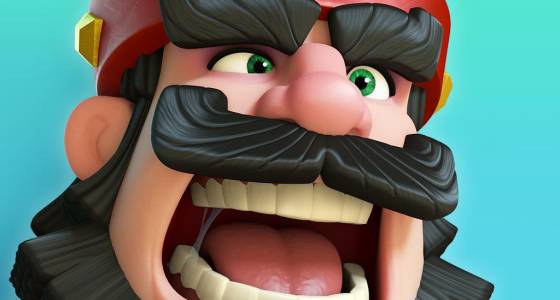 Clash Royale hasn’t had a big update in quite some time, but it looks like the next one may offer a major feature worth waiting for.  Team Battle may finally be a thing according to a series of recent Easter eggs laid by Supercell staff.

The scavenger hunt began on Tuesday, when Supercell forum moderators left a post telling fans to stop discussing and theorizing about the game’s next patch. That message was quickly followed up by a reply from community and studio figurehead, Tim. It simply read “correctamundo,” but fans noticed something strange about it. As you can see, the E is hyperlinked. Clicking that link reveals a portion of an asset in which the letter E is the only one visible.

To get another portion of the Easter Egg, you must go to the News Royale section of the Clash Royale app. Scroll till you see the post about the Clash Radio podcast. Right next to the article’s reddit link is a small exclamation point. Tapping it brings up the asset copied here. While the two pictures together don’t overtly confirm Team Battle mode, we can see two words: one starting with T and one starting with B. We also know the second word ends in E from the prior forum hint. To us and many fans, Team Battle sounds like the most obvious choice.

The questions that remain, of course, is when Team Battle will arrive and how it will work. The fact that these teases are just popping up now would suggest that either sneak peeks are coming soon, or the studio wants to offer something for fans while the development process continues. Obviously something like this could potentially upend the Clash Royale formula, so it’s probably going to take time to fully polish. The fact that it appeared in a post about the next update implies it’s planned for that, but we can’t assume much in terms of dates.

As for execution, we’d expect it to function with many of the same Clash Royale mechanics, except with teams of two duking it out.

Clash Royale ’s last major update arrived in mid-January with a few new cards. Since then, changes to this app and Clash Of Clans have been tiny at best.

Clash Royale is available now on Android and iOS.

Will Clash Royale’s next update have a Team Battle mode? When do you think the feature will go live? Tell us in the comments section!