Atlus USA has finally addressed the issue with Amazon cancelling some preorders for its “Persona 5” Take Your Heart Premium Edition and SteelBook Edition. The publisher has also debunked rumors of mass cancellations being made ahead of its game’s... 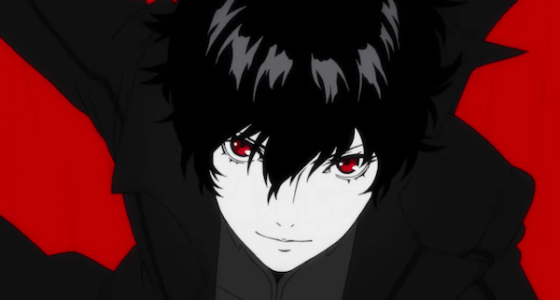 Atlus USA has finally addressed the issue with Amazon cancelling some preorders for its “Persona 5” Take Your Heart Premium Edition and SteelBook Edition. The publisher has also debunked rumors of mass cancellations being made ahead of its game’s release.

In a statement to Persona Central, Atlus said that it was surprised to know about the cancellations that had taken place. It also countered Amazon’s claim that the Take Your Heart Premium Edition of “Persona 5” contains substances that make it impossible to transport. Additionally, the publisher stated that there is no truth in rumblings about mass cancellations, since only a few number of preorders have been canceled by Amazon.

“After waiting patiently during the day we received word, and can confirm to you what we’ve always known, that there’s nothing defective or ‘dangerous’ about our product,” a part of the statement read. Atlus ended its statement by telling customers to contact the support team of the retailer if their order has been canceled.

Previously, some customers complained online that Amazon had canceled their preorders for the Premium Edition and SteelBook Edition of “Persona 5.” In a post shared by a disgruntled customer on NeoGAF, he said that he received an email from Amazon saying that his order has veen canceled because “this item contains regulated materials classified as dangerous goods … Although the amount of these substances in these products is usually quite limited, these products need to be transported in a certain way to ensure that they are handled with care.”

Meanwhile, other players shared in a subreddit for “Persona 5” that Amazon did not cancel their orders at all and that their item is still being shipped, as scheduled, on April 4. “My CE is still set to be delivered by April 4, 2017 by 8 PM PST. I placed my order on January 23, 2017. I hope that my order doesn't get canceled,” Reddit user UnshavenBox94 wrote. “I preordered the SteelBook version on June 8th 2016 an it hasn't been canceled,” user teaguejr chimed in.

For Amazon’s part, it also responded to some complaints in the “Persona 5” subreddit, saying it is already investigating why some orders were canceled. “Our allocation hasn't changed and we are investigating customers whose orders have been canceled. Stay tuned for more updates,” Amazon stated.

“Persona 5” is scheduled for release in North America and Europe on April 4. Gematsu learned last Friday that for those who preordered the SteelBook Edition, they’ll be receiving a bonus DualShock 4 controller skin while supplies last.