Ark: Survival Evolved is flourishing on PS4, but some of the game’s most dedicated players have been forced to deal with a frustrating reality over the past few hours. Thanks to an unforeseen issue on servers 225 to 228, all progress has been lost for a... 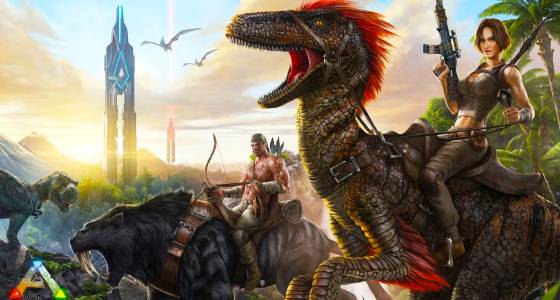 Ark: Survival Evolved is flourishing on PS4, but some of the game’s most dedicated players have been forced to deal with a frustrating reality over the past few hours. Thanks to an unforeseen issue on servers 225 to 228, all progress has been lost for a handful of saves. Studio Wildcard responded to the problem in a forum post.

“Earlier in this week during our backup process, this machine experienced a critical hardware failure which prevented us from accessing the box for a short while,” wrote Wildcard community manager, Jat. “It occurred during the actual writing of the backup and clobbered both the main server files, as well as those we were writing. This means that data on the above servers are lost and we are not able to retrieve them.”

The studio employee then goes on to describe the unfortunate event as a “one-in-a-million fluke” and offered his most sincere apologies for the error. The impacted box will remain offline for the foreseeable future but is planned to return with new saves at a later date.

For Studio Wildcard, the timing of this news couldn’t be much worse. After having to offer players a limited evolution event to compensate for the AWS server outage last month, this is another networking error with possibly more severe consequences depending on the time one spent on those servers.

On the bright side, however, Ark: Survival Evolved has enjoyed a steady stream of sales since the early-access game debuted on PS4 in December. In the two months following its release, the game was the most downloaded title on Sony’s PlayStation Network. The PS4 version’s next big content update is scheduled to go live early next week.

Were you impacted by the Ark PS4 server outage? How much progress did you lose? Tell us in the comments section.