Galleries Videos CONTACT ADVERTISE
Famagusta 35°
few clouds
BUSINESS EDUCATION ENTERTAINMENT HEALTH POLITICS SCIENCE SPORTS TECHNOLOGY
12:08 Guide To Online Sports Betting: How To Choose A Sportsbook
08:28 What Are Some Reasons to Consult a Brain Injury Lawyer?
09:24 Blockchain Solutions for Enterprises: How To Increase Efficiency And Profitability
07:06 How To Deal With A Car Crash In New York
17:43 Tips to keep in mind while choosing the casino site
11:34 Relation Between Employee Theft and Pre-employment Screening Check
04:37 Search your own desired site to play sports for betting
18:00 Top 3 Career Path Options for Business Analysts Preview
15:35 The history of Imen Jane, who is the influencer and the charges on the...
18:48 Sebastian Vettel's Greatest Races
BIST
1127
GOLD
475.156
USD
7.8230
GPB
10.1017
EUR
9.1445
Breaking News
Top 3 Career Path Options for Business Analysts Preview
Close

Samsung Galaxy S6 users should expect the Android 7.0 Nougat update to hit handsets soon, as various certifications are being approved for the device. The Galaxy S6 has been certified for Wi-Fi use while running Android 7.0 as of Feb. 27, according to SamMobile.Samsung... 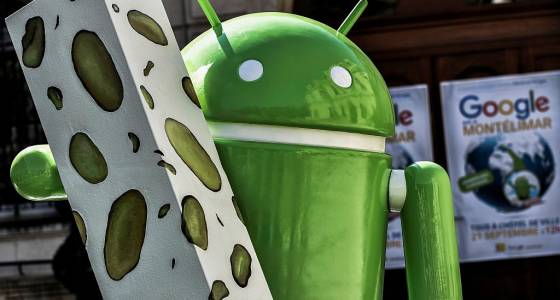 Samsung Galaxy S6 users should expect the Android 7.0 Nougat update to hit handsets soon, as various certifications are being approved for the device. The Galaxy S6 has been certified for Wi-Fi use while running Android 7.0 as of Feb. 27, according to SamMobile.

Samsung has been steadily updating the Galaxy S7 and Galaxy S7 Edge globally, with some of the most recent model updates taking place in Indonesia and for the U.S. T-Mobile handset. Samsung has confirmed the Galaxy S6 and Galaxy S6 Edge will update to Android 7.0 during the first half of 2017, meaning the handset should receive the new software by June. An update roadmap shared by Samsung Turkey placed the Galaxy S6 and S6 Edge updates in mid-to-late February, but there have been no reports of those handsets receiving Android 7.0 in any smaller markets.

SamMobile noted that hasn’t been any certification found for the Galaxy S6 Edge, which could be a source of further delay. However, Galaxy S and Galaxy S Edge devices are often thought of as the same device, as their differences typically come down to design.

While many Galaxy handsets await the Android 7.0 Nougat update, reports indicate some devices, including the Galaxy A5 (2016) and receiving Google’s safety patch update for February. The monthly updates often hit devices outside of Android updates, however, many Galaxy S7 handset have received Nougat and the February patch together.

Reports also suggested the Galaxy Note 5 was receiving the February security update, but the claim has since been clarified to indicate the device received a patch update not associated with Google’s security features.