For Apple TV users who are not really pleased with how the device’s Siri remote works, Apple is working on a fix that would improve its scrolling behavior. This is what is being teased in the beta versions of the upcoming tvOS 10.2 software update that... 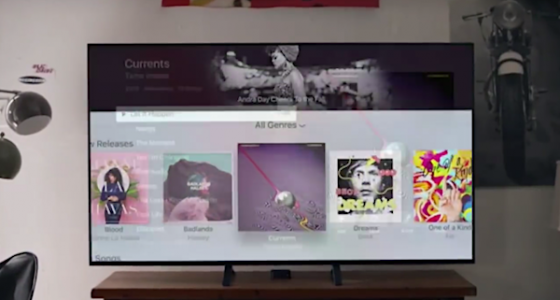 For Apple TV users who are not really pleased with how the device’s Siri remote works, Apple is working on a fix that would improve its scrolling behavior. This is what is being teased in the beta versions of the upcoming tvOS 10.2 software update that Apple is still working on.

This Tuesday, Apple rolled out the fourth pre-release version of tvOS 10.2 to developers who will be testing out the beta to see if their apps would still function well when the official update is released. As of late, the current tvOS version for the fourth-generation Apple TV is tvOS 10.1.1. Apple intends to improve the user experience its digital media player/microconsole provides with tvOS 10.2.

Since the new beta has just been seeded to developers, there is no telling yet if they found something new in this version. However, because this is already the fourth beta, it’s unlikely for a new feature to pop up at this point, unless Apple has decided to bring something new to the table at the last minute.

MacRumors has been reporting that Apple TV users can expect tvOS 10.2 to improve the scrolling behavior of their devices. This improvement is said to make it easier for users to scroll through long lists of information. Thus, new gestures will be implemented on the Siri remote. For example, a large swipe will now activate a new scrolling mode, while a swipe on the remote’s far right side will enable users to smoothly navigate specific indexes.

Apart from the aforesaid tweaks, tvOS 10.2 is also expected to come with fixes for bugs found in the current version of the device’s operating system, as well as those found in the first three beta releases.

A new software update for the fourth-generation Apple TV is in the works. Photo: YouTube/GolemDE