TAMPA -- Yankees center fielder Jacoby Ellsbury wants to talk to manager Joe Girardi about it first, but he'd accept a lineup demotion, he said Saturday. "Whatever helps the team," he said, sitting at his locker at George M. Steinbrenner Field.... 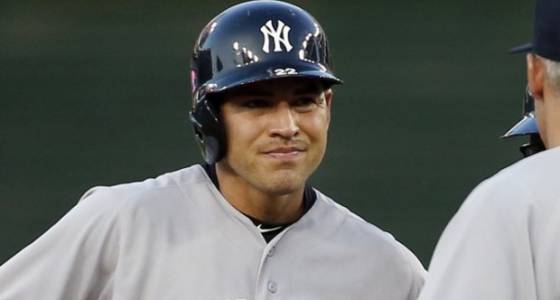 "Whatever helps the team," he said, sitting at his locker at George M. Steinbrenner Field.

Ellsbury added that he'll also make his spring training game debut Monday after sitting out the team's first two exhibitions. The 33-year-old center fielder said he felt fine and could have played. He missed the first three days of camp as his wife, Kelsey, gave birth to their daughter, Crew.

"I can't wait," he said. "Looking forward to it. Worked hard this offseason so I can't wait to get back on the field."

Ellsbury was asked several times by reporters about how he'd feel if the Yankees wanted to drop him in the lineup.

Manager Joe Girardi and general manager Brian Cashman each said over the offseason that the team would discuss breaking up Ellsbury and Gardner at the top of the order.

If they did, common sense would say that Ellsbury would fall. The Yankees flip flopped Gardner into Ellsbury's leadoff spot midway through last season.

Ellsbury said he hadn't heard Cashman or Girardi's comments directly from them and that he wanted to talk with Girardi before a change was made.

He repeatedly said he didn't want to play the "what-if game."

Ellsbury has been the Yankees' primary leadoff hitter since joining the club on a seven-year, $153-million deal that looks like an extreme overpay now.

Ellsburyh hasn't batted ninth since doing it in eight games in 2011, his breakout 32-homer, 105-RBI season that he hasn't come close to approaching in any other season of his career.

In 2014, Ellsbury's first season in New York, Gardner was the primary leadoff man and Derek Jeter hit in his customary No. 2 spot.