Without LeBron James, Cavaliers remain at a loss

CLEVELAND -- The Cleveland Cavaliers lost again without LeBron James.That makes them 0-4 on the season when No. 23 doesn’t step on the court and 4-19 since the start of 2014-15 when their four-time MVP doesn't play.Saturday’s 117-99 loss to the... 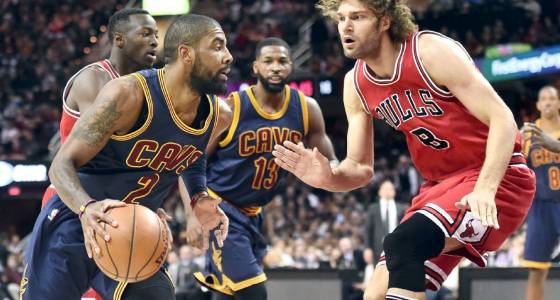 Saturday’s 117-99 loss to the Chicago Bulls stings slightly more, considering it makes the Cavs 0-3 against the Bulls this season, which could give Chicago a bit of a boost, should they meet in a 1-vs.-8 matchup to start the playoffs.

However, Cavs coach Tyronn Lue rightfully pointed out that it wasn’t just James missing Saturday. Cleveland was undermanned against the Bulls in an earlier game too.

And, you know -- knock on wood -- James will be playing in the postseason -- and probably playing at a higher level.

If James is resting only when he’s ill, as Lue said his star player was Saturday -- the team told him to stay home and not bring the strep throat bacteria into the locker room -- it’s not ideal, of course.

Still, there will be nights to get him rest, even when he feels completely OK, and that should be completely OK with Cavs fans during these final 25 games of the regular season. There are seven more back-to-backs, for instance. Those will be prime opportunities to keep him out, as the Cavs' training staff is dedicated to monitoring the "red zone" that players enter when they are overworked.

The only goals the Cavs should have during this last stretch are to find rest opportunities for James and whoever else could benefit from it; for Love and Smith to heal; to integrate Kyle Korver, Derrick Williams, the soon-to-arrive Deron Williams and whatever other pieces they can get before the games really matter in the postseason; and to hold on to the No. 1 seed in the East.

Although James' getting sick is unfortunate, it came the night after Boston lost to Toronto. From Friday morning to Sunday morning, Cleveland didn’t have to put any wear and tear on James’ legs, and it still got to look at the standings and see a three-and-a-half-game lead. Not bad.

No LeBron James seems to mean no chance for the Cavs, especially against Chicago.

Also not bad? Cavs general manager David Griffin’s work in adding Korver and the two D-Wills in the past six weeks. That's not to mention the potential addition of Andrew Bogut, should he be waived by Philadelphia by March 1, who would still be playoff-eligible if he’s picked up. A league source confirmed to ESPN that there is mutual interest between Bogut and the Cavs if that occurs.

“I think you guys know. I’ve gone on record saying Griff has one of the hardest jobs, but he’s unbelievable at it, exudes a lot of confidence in not only the guys he brings in but the guys that are here,” Irving said. “For us, we trust in the front office, and I think he does a great job. We have a great relationship, very open in terms of communication, and I think he’s doing great.”

That is precisely how the Cavs are doing these days, despite Saturday’s result. The task is simple from now until the playoffs: rest, rehab, integration and staving off competition in the standings.

Then the Cavs will see if they can win it all again, with LeBron James.