Will Kawann Short’s franchise tag work out better for Panthers than Josh Norman’s? 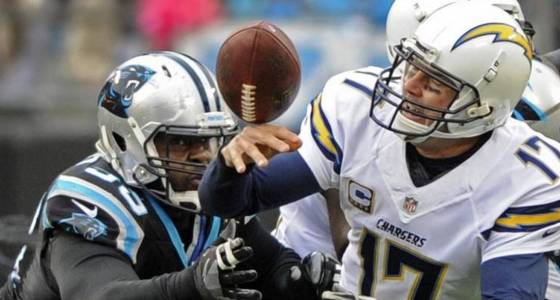 Surely the third time will be the charm for the Carolina Panthers and this franchise tag thing.

On Monday, Panthers general manager Dave Gettleman applied his one and only franchise tag to defensive tackle Kawann Short – the third time in the past four years the Panthers have used the tag to “protect” a standout player from the siren song of free agency.

The past two times worked out very poorly. The Panthers kept the player they could have let go (defensive end Greg Hardy in 2014, although to be fair no one knew Hardy’s off-field life was about to implode) and ultimately lost the player they should have kept (cornerback Josh Norman in 2016).

So Gettleman has twice been burned on the tag, yet he was not thrice shy. And he shouldn’t have been. The Panthers just couldn’t let Short walk away. A pocket-pushing defensive tackle in his prime who has had a total of 17 sacks the past two seasons? No way you let him go, not even after Short’s 2016 season was not nearly as productive as his 2015 Pro Bowl year.

If Short plays under the tag – and he could still sign a long-term deal with the Panthers – that will cost Carolina about $13.5 million this season. The Panthers can certainly afford that given their good salary-cap situation.

And Short isn’t going to play the mind games that Norman and his agent at the time did by not signing the franchise-tag contract – at least, I don’t think Short is. Norman, you remember, wouldn’t sign it and wouldn’t sign it and then the Panthers suddenly rescinded it, and No. 24 ended up in Washington.

As for the franchise tag, Short said then he would prefer a long-term deal.

“Everybody would like to avoid that,” Short said of the franchise tag most NFL players wish to avoid because it doesn’t offer as much long-term financial security. “If it happens, it happens. I can’t come here and cuss out the organization because it happened. I need to be professional about the whole situation.”

So that made it sound like Short would sign the one-year tag (as Hardy did). And indeed in the same interview he said he “most likely would” sign the tag quickly-- although there will undoubtedly be some negotiating to-and-fro and intimations that he might not over the next few days or weeks.

Surely this one will work out better for Carolina than Hardy and Norman, though, as it could hardly work out any worse.

Hardy got to play in exactly one game the next season because of his domestic-violence issue and has never been the same player since. Norman never put on a Panthers uniform again once he got tagged.

But Short? I think we will see No. 99 suiting up for the 2017 season opener for Carolina, and for a long time to come after that.

This was just an expensive chess move by the Panthers. This time, though, I believe the team and Short are ultimately both trying to checkmate the same opponent.