A couple of things ...  -- The experts at LetsRun.com cover a lot of ground in their advance of Sunday's Boston University Last Chance Meet. There should be plenty of interest in what happens in Boston in this little corner of the country, starting... 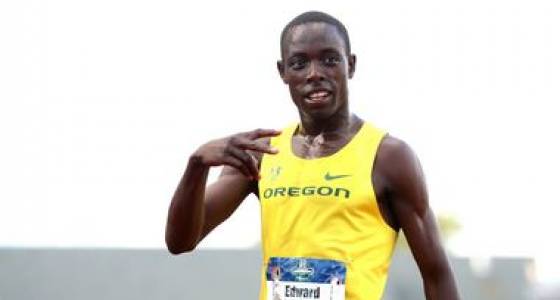 -- The experts at LetsRun.com cover a lot of ground in their advance of Sunday's Boston University Last Chance Meet.

There should be plenty of interest in what happens in Boston in this little corner of the country, starting with University of Oregon senior Edward Cheserek's entry into the meet's men's mile.

The speculation is Cheserek will be chasing the college indoor record of 3 minutes, 52.88 seconds, set by Lawi Lalang of Arizona in 2014.

Most of Oregon's national-class athletes are at the Mountain Pacific Sports Federation Indoor Championships this weekend at the Dempsey Indoor in Seattle. There was talk of Cheserek running on the UO men's distance medley relay last night in Seattle before boarding his flight for Boston.

But Cheserek did not run in Seattle. This means the UO coaches are convinced their men's DMR is safely qualified already for the NCAA Indoor Championships -- March 10-11 in College Station, Texas -- or they wanted Cheserek to be fresh for a record attempt in Boston, or both.

Cheserek has been the consummate team guy during his three-plus seasons as a Duck. If the coaches want to allow him to spread his wings before he begins life as a professional this summer, good for them.

-- LetsRun also digs into the BU field for the men's 5,000. There are a number of world-class professionals entered. Among them are Mo Ahmed, Chris Derrick, Evan Jager, Woody Kincaid, Ryan Hill and Lopez Lomong of the Portland-based Bowerman Track Club, and Eric Jenkins of the Nike Oregon Project.

But the race is being rabbited at a 13:20 pace, which leads LetsRun to the conclusion the goal is to better the World Outdoor Championships qualifying standard of 13:22.60.

LetsRun opines, and I agree, watching athletes chase qualifying standards instead of racing to win is one of the major obstacles standing between elite track & field and spectator interest.

UO sprinter Ariana Washington says she and her star teammates work together to make themselves better.

Kara Hallock's third-place finish in the pentathlon leads Oregon State on the first day of the MPSF Indoor.

Why did the Eatons retire so suddenly? Jon Hendershott explains in Track & Field News.

Sarah Barker of Deadspin probes the IAAF move to clamp down on what had been a relatively free market for African distance runners.

Alan Abrahamson for 3 Wire Sports: It's time for more constructive problem solving and less grandstanding in the anti-doping fight.

A personal record but no world record for Genzebe Dibaba in Madrid.

Erudite Olympian Kate Grace is the featured guest for the latest podcast from Citius Mag.

The front page for LetsRun.com.

The links from Duck Sports Now.

The links from Beaver Sports Now.