Will Celtics again avoid temptation of the buyout scrap heap?

One of the side effects from the Boston Celtics' inactivity at the trade deadline and Friday's disheartening loss to the beefed-up Toronto Raptors is that there will be increased speculation as to whether Boston should seek additional help by means of the... 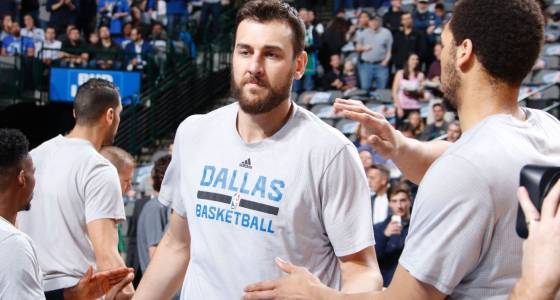 One of the side effects from the Boston Celtics' inactivity at the trade deadline and Friday's disheartening loss to the beefed-up Toronto Raptors is that there will be increased speculation as to whether Boston should seek additional help by means of the buyout scrap heap.

The Celtics, underwhelmed by the contributions of post-deadline signings during much of its most recent Big Three era, have stayed away from the free-agent bargain bin during Brad Stevens' tenure as coach, often preferring to sign future-minded D-Leaguers when roster spots have been available.

After being unmoved to seek, as he dubbed it, "Band-Aid" talent to shore up some of Boston's more glaring weaknesses (cough, rebounding) at the trade deadline, will Celtics president of basketball operations Danny Ainge be tempted by the bodies made available as teams firm up their rosters in the aftermath of the trade deadline?

Considering the overall patience the Celtics have shown throughout this building process, it seems likely Ainge will resist. In the aftermath of Thursday's trade deadline, Ainge has repeatedly noted that the Celtics were uninterested in seeking role players who might be able to aid their rebounding woes if they might otherwise hurt the team's offense. And it could create chemistry issues by adding to a roster that's otherwise had no overhaul since training camp.

“Listen, when I was here and we had those runs [with Boston's last Big Three in Kevin Garnett, Paul Pierce, and Ray Allen], I’m in the general manager’s office and I had my coaches coming in and going, ‘We need this’ or ‘We heard [about] this guy, this veteran guy.’ So we went and did these buyouts every year to try to help our team and rarely did those work," Ainge said this week during an appearance on Boston sports radio 98.5 the Sports Hub's "Toucher and Rich" program.

"It sounds good on paper. Everybody said, ‘They just added so-and-so to the team.' When, in fact, those players may take away minutes from a younger player that is better, change the chemistry and the roles of the payers inside your organization."

As much as Sam Cassell and P.J. Brown might have aided Boston's 2008 title run, there has been a long string of players that have only muddled Boston's roster, such as Michael Finley, Troy Murphy and Carlos Arroyo.

The typical rule of the buyout scrap heap in recent seasons has been that the impact players gravitate to surefire title contenders. For the next tier of players, there's a reason they linger in the scrap heap.

Ainge will be encouraged to avoid the buyout route if only because Boston is already at the 15-player maximum. Adding a body would come at the expense of cutting an end-of-the-roster player, something the team already struggled with when R.J. Hunter was cut at the end of training camp.

Most antsy Celtics fans would suggest that cutting bait with 2014 first-round pick James Young, 2015 second-round pick Jordan Mickey or 2016 second-round selection Demetrius Jackson would be perfectly fine if it meant adding a playoff-experienced big man, such as Andrew Bogut, or an intriguing-yet-risky forward, such as Terrence Jones.

But Ainge, during Friday's radio appearance, pointed to contributions of Young and Mickey while highlighting the chemistry and cohesion of this group.

"We have such a good chemistry wth this team; we’ve had everybody contributing to winning," Ainge said. "We’ve had James Young playing the most fourth-quarter minutes [of his career] in the last four games we won on the road. We’ve had Jordan Mickey start in a win and we’ve had [rookie] Jaylen Brown go 9-1 as a starter [during a stretch before the All-Star break]. There's so many good things and so many good vibes with these guys. Sometimes you bring in a player and the players react like, 'Man, that’s not fair. That kid's been working hard; that kid’s earned his chance to play.' I think it goes both ways. Names on paper and past performances don’t always make for like a perfect fit with the team that they’re coming to, especially if they don’t fit our style."

The players the Boston Celtics have signed in February for the stretch run in recent seasons and the win share -- an estimate of the number of wins contributed by a player -- they contributed that season.

The 21-year-old Young has contributed 0.4 win shares this season despite playing only 166 minutes over 21 games. And Young has recently elevated to a more consistent presence in recent games, at least while Avery Bradley and Brown have navigated injuries.

There's certainly a case to be made that someone like Bogut -- or even old friend Jared Sullinger, who was waived by Phoenix after being traded there from Toronto -- could fill a need for the Celtics. But at what cost? Boston would have to cut a young player they like, eat salary while adding cost (even if just the pro-rated veteran minimum), and would have to shake up their rotations to maximize the new talent.

Recent history suggests the risk might not be worth the reward. The Celtics, in staying idle at Thursday's deadline, essentially committed to this group while acknowledging there's a long-term plan here that means more than anything that occurs during the final couple months of the 2016-17 season.

The Celtics are absolutely a flawed team, but one that's talented enough, particularly when healthy, to still take a step forward this season. It seems fair to suggest that it will take more than a buyout addition to help the Celtics be competitive if they are fortunate enough to advance beyond the first round of the playoffs.