Why Dodgers SS Corey Seager will ace his sophomore year

GLENDALE, Ariz. — There used to be a thing called the “sophomore jinx.” It was waiting, with tentacles, for all high-flying rookies.The theory was that a first-year player sailed through his indoctrination year with no one else in baseball... 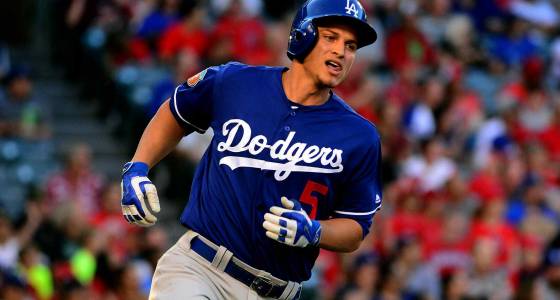 GLENDALE, Ariz. — There used to be a thing called the “sophomore jinx.” It was waiting, with tentacles, for all high-flying rookies.

The theory was that a first-year player sailed through his indoctrination year with no one else in baseball taking him seriously. By the second year, his flaws would be studied and exposed.

In truth, the sophomore jinx was more a symptom than a disease.

Corey Seager, the N.L. Rookie of the Year in 2016 and a finalist for Most Valuable Player, went home to Kannapolis, N.C., and was back in the gym within a couple of weeks.

But he also hit the golf course, which often hit him back.

“I started playing a couple of years ago. And the golf game needs a lot of work,” Seager said the other morning at Camelback Ranch.

Seager reached a milestone this winter when he actually broke 100, at Rocky River Golf Course. Yes, he still has the scorecard.. No, he didn’t break 100 the next time.

“We go to a lot of different courses. It’s usually me and one of my buddies against Justin, the middle brother, and one of his buddies. Justin’s way better than I am and it’s annoying, to be honest with you. But it’s a good way to relax and still have some of the competitiveness.”

Justin plays in the Seattle organization. The oldest brother, Kyle, is an accomplished third baseman with the Mariners, and he kept touting Corey to whomever would listen.

Kyle and Justin inoculated Seager from all viruses, including sophomore flu. In his rookie season, Seager had 40 doubles, 26 home runs and an .877 OPS, which led all National League shortstops.

Seager had more at-bats than any National League player except former Angels infielder Jean Segura. He thrived, on the outside, but the peace of Kannapolis loomed like an oasis.

“It was nice to have that under my belt, to know what the grind of 162 games was like,” he said. “I was able to figure out a routine that worked for me.

“But I’d never experienced anything like the mental grind. I had never been locked in for that long. When the season was over, it took a while to get out of that mode. I’d wake up and start wondering where I had to be that day before I realized it was over.”

“I ran Corey out there a lot last year,” Dodgers manager Dave Roberts said. “He was surrounded by guys like Adrian Gonzalez, Justin Turner, Chase Utley. He’s got a good head. All we ask is that he continues to grow as a major league player. I’m glad he’s on our side.”

In 2013, the Dodgers quietly packed their belongings in St. Louis and headed into winter oblivion. The brilliant arm of rookie Michael Wacha had bounced them out of the playoffs.

Sixteen months beforehand, the Dodgers had passed up Wacha, from Texas A&M, to take a shortstop from Northwest Cabarrus High with the 18th pick in the first round. As Wacha muffled the Dodgers, Seager was coming out of Double-A.

Last year, Wacha was 7-7 with a 5.09 ERA. Seager did things before his 23rd birthday April 27 that will remain beyond the imagination of most of the Class of 2012.

On Sunday, Cody Bellinger ripped a home run in the Dodgers’ second exhibition game. He is a 21-year-old who can pick outs from the dirt at first base. He will get here when his performance merits it, and if Gonzalez is still at first base, he’ll play the outfield.

Dodgers scouts say Bellinger reminds them of another youthful fellow. Both make you want to keep all scorecards.