Recent news has confirmed that England’s second tier will follow the Premier League back into action in mid-June. 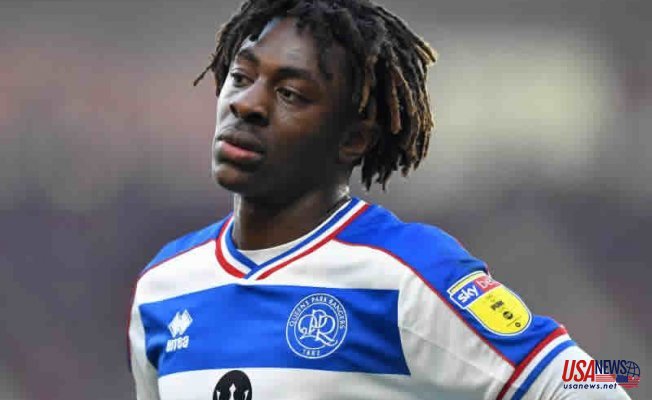 Recent news has confirmed that England’s second tier will follow the Premier League back into action in mid-June. Of course, this will all be behind closed doors and with nine games plus the play-offs to follow it’s fair to say a whirlwind lay ahead. Central to that is an array of talented players and here we look at five to watch during the season finale.

Okay, so we’ve doubled up our first couple of players. They are yet another pair who look set to move for big money after Brentford picked them up for relative peanuts. Watkins arrived at the Bees three years ago with the club snapping him up from Exeter City where he’d been involved in a goal every 134 minutes. Since heading to London, Watkins has continued to pose an attacking threat.

In his first two seasons he hit double figures on the goal front whilst playing wide. This season a move into the central position has been rewarded with 22 goals in 37 matches.

His teammate, Benrahma, meanwhile has been with Brentford since joining in the summer of 2018 from Nice. The Algerian international plays as a winger and his stats make impressive reading. Last year he bagged 10 league goals and laid on a further 15 for his team and this term he is on track to achieve a similar return with a hand in 18 goals in 34 appearances already.

The 24-year-old duo have both had links to Chelsea over the last few months and a Premier League move is coming their way. Surely the only way Brentford can keep the pair is if they can secure promotion themselves.

QPR are one of a few teams who are unhappy with the return of the football season. Their season is effectively over as they languish in mid-table but that’s not the fault of Eze. He is a top end player and QPR can expect to have their resolve tested in the summer window. The tricky midfielder, who likes to occupy a bit of a free roll, was close to slipping through football’s grasp a few years back but QPR took a chance and the 21-year-old has paid them back.

This year he’s been their star man with 12 goals and eight assists. That’s attracted a lot of attention and Newcastle, Tottenham and West Ham are all monitoring his situation.

How good is Kalvin Phillips? Well, if Euro 2020 was going ahead this summer he would have had a reasonable chance of winning a call up despite his Championship status. The holding midfielder has been standout for a couple of years now and will be in the Premier League next season. He has the pace and strength of a stallion in the Kentucky Derby odds and he would no doubt be an asset for many Premier League teams.

Nonetheless, as a born and bred Leeds fan, he’ll be desperate to achieve promotion with his hometown club. They look on the odds to do exactly that too.

The question that then remains is whether or not he stays with Leeds in the top tier. His heart will say yes but his head? We’re not so sure. He’s only 24 yet sniffs out danger like a seasoned pro. Throw into the mix that he’s mobile, strong and can play a bit too and you have the complete midfielder. Big, big clubs could come sniffing and that will be hard to turn down.

Is Jude Bellingham the best player on this list? Not in our opinion. Why is he at number one? He looks set to make the biggest move, that’s why. The teen sensation, 16, is tidy in possession and although he has a pass completion of 75% a large part of the missing 25% is due to the fact he regularly tries to probe forwards with through passes. Where he really excels though is in a defensive sense. He wins tackles, makes interceptions and his reading of the game is strong. He is unpolished but underneath the inexperienced exterior is a gem waiting to be exposed. The next step in his career will be a huge decision. It looks like being a choice between Borussia Dortmund and Manchester United. Either way it’s a monumental step up and one we expect him to handle.

There you have it, five names to keep a close watch on as the Championship returns.