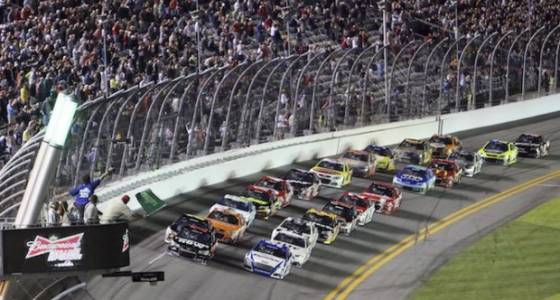 Chase Elliott holds the pole position in the 500-mile race, and Dale Earnhardt Jr. starts in the front row in the No. 2 spot. Daytona International Speedway.

Here's what you need to know:

A battle between driver Danica Patrick and a sponsor has brought drama to the Daytona 500 practice week.

Nature's Bakery filed its response to a $31 million breach of contract suit brought by Stewart-Haas Racing because the company severed its sponsorship with Patrick.

The counterclaim filed Friday in North Carolina Superior Court came a little more than a day before the season-opening Daytona 500. Patrick is to start 12th in Sunday's race.

Nature's Bakery contends Stewart-Haas Racing "could not control" Patrick and allowed her to endorse products that rivaled the fig bars and brownies sold by Nature's Bakery. The company said it was spending $15 million a year and expected four times the return for sponsoring Patrick's car.

Instead, SHR could not guarantee exclusivity in the on-the-go foods category because Patrick endorsed competitor Six Star Pro Nutrition.

The counterclaim alleges "it was as if Michael Jordan decided to wear Adidas while being paid by Nike." Nature's Bakery said the relationship was clearly not working six months into the contract, Stewart-Haas Racing took advantage of a young company with no NASCAR sponsorship experience, and SHR "did nothing other than collect Nature's Bakery's money."

Nature's Bakery said SHR promised to support the sponsorship but failed to provide significant value as part of the deal that was worth $15 million annually. SHR is seeking $31 million, plus damages.

"I haven't had a chance to (read the response), and I won't," team co-owner and three-time NASCAR champion Tony Stewart said Saturday. "I'm focused 100 percent on what we're doing down here this weekend. We've got a business group that will take care of that side of it, but while I'm in Daytona I'm worried about what happens with the Daytona 500."