What we learned from Mayock 2017 NFL Draft conference call

Whatever temptation NFL clubs might feel to burn an early first-round pick on a quarterback in the NFL draft next week, NFL Network draft expert Mike Mayock believes they'd be smart to resist it. 2017 NFL DRAFT Mayock said it would be a "huge reach"... 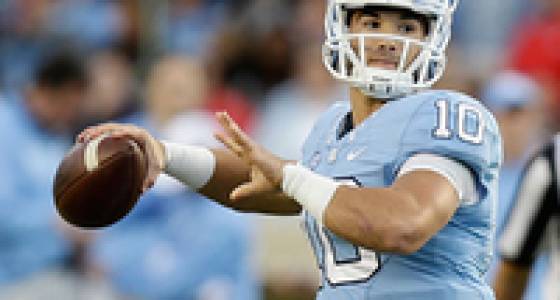 Whatever temptation NFL clubs might feel to burn an early first-round pick on a quarterback in the NFL draft next week, NFL Network draft expert Mike Mayock believes they'd be smart to resist it.

Mayock said it would be a "huge reach" for the New York Jets to take a quarterback with the No. 6 overall pick on a media teleconference Friday, and didn't think much of the notion that the Cleveland Browns might trade up from the No. 12 pick to take one, either.

"I think most of this quarterback class should be later down the line, whether it's first round or second round. However, I think the only wild card before (the Browns) is the Jets at No. 6," Mayock said. "I don't think Buffalo's going to take one at No. 10, (though) they might. The Jets at No. 6 I think is a huge reach for any quarterback in this class. But if they fall in love with somebody, they've got to keep swinging."

North Carolina's Mitchell Trubisky and Clemson's Deshaun Watson are expected to be the first quarterbacks off the board, though it's unclear where in the first round the action on quarterbacks might begin. As for another of the draft's top QB prospects, Notre Dame's DeShone Kizer, Mayock sees a quarterback who won't be rookie-ready.

"To me, a first-round quarterback should be capable of starting in Year One," Mayock said, "and I don't believe he can."

The draft will be held April 27-29 in Philadelphia. Here are six other things we learned from Mayock's teleconference:

2. Foster holding steady. Between the argument that got Reuben Foster ousted from the NFL Scouting Combine and the diluted urine sample that resulted in a positive drug test there, the combine couldn't have gone worse for the former Alabama star. Still, Foster isn't expected to slide much, if at all, in the first round.

3. Harbaugh connection. With Baltimore Ravens coach John Harbaugh's brother Jim now the coach at Michigan, the Ravens have a better inroad to evaluating Wolverines prospects than 31 other teams in the NFL. And with Michigan having a deep class of draft prospects this year, it's an edge not to be underestimated. "Obviously, John's got an advantage with any Michigan player because Jim's going to give him everything. Everything," Mayock said. "Including the warts. John's got a real advantage there."

4. Ross off some boards. Washington WR John Ross is a highly attractive prospect for NFL clubs looking to add an explosive deep threat to their receiving corps, but not all of them will consider the record-breaking speedster. He's been removed from some draft boards and devalued on others due to injury concerns, per Mayock.

5. Cook to Bucs? Character concerns are causing FSU RB Dalvin Cook's draft status to slide, Mayock said, and he could slide to the Tampa Bay Buccaneers with the No. 19 pick. "(Cook) could be staring them in the face at No. 19, and I think he should be a consideration," Mayock said. "... Jameis Winston had 24 turnovers last year -- too many -- they've got to take some pressure off of him."

6. Two for the second. Mayock identified two top prospects he expects to be available when the second round of the draft begins next Friday: Cal QB Davis Webb, and Wisconsin LB T.J. Watt.

7. Harris on the climb. If the Dallas Cowboys are looking to add a pass rusher with the No. 28 pick, they can count themselves fortunate if Missouri's Charles Harris is available. Mayock has his doubts, however. "Charles Harris has picked up some steam. I would expect him to be gone before that. But if he was there, I'd think he'd be a great pick for them. ... If Charles Harris was there, I think he'd make a ton of sense."