What Giants will be aching for at NFL Combine

INDIANAPOLIS — The NFL draft is two months away, and the Giants have yet to write a single name on their draft board. Most of the heavy-lifting in terms of player evaluations already is complete — that is why their scouts have scoured the country for... 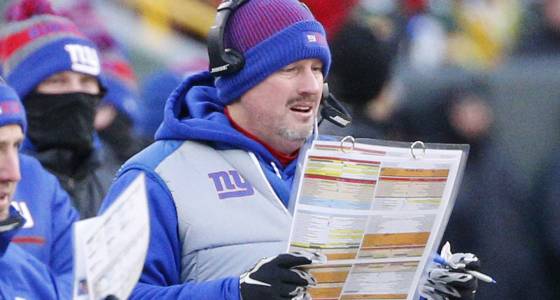 INDIANAPOLIS — The NFL draft is two months away, and the Giants have yet to write a single name on their draft board. Most of the heavy-lifting in terms of player evaluations already is complete — that is why their scouts have scoured the country for so many months. Before final grades are in, though, the NFL Scouting Combine will provide vital information that could move players up or down the board.

General manager Jerry Reese and his personnel staff, and Ben McAdoo and his coaching staff, will spend the next five days here, observing and interviewing the top prospects eligible for the April 27-29 draft. As always, the Giants will keep their eyes trained on everyone, but there is no doubt they want to upgrade their underperforming offense, and they will be taking long looks at offensive tackles, tight ends and running backs.

The Giants averaged 19.4 points a game in the regular season, a significant loss of firepower after scoring at a 26.3-point clip in 2015. That they won six games in 2015 and 11 in 2016 is a direct result of an overhauled defense that allowed the second-fewest points in the league last season. The Giants want to keep the guts of that defense together and enhance their offense, a plan they figure not only will allow them to make the playoffs for a second consecutive year, but do some damage once they get there.

The combine is about more than analysis of players leaving college, as it is basically a football convention, with the start of the NFL business season arriving next week. The Giants, unlike in 2016, will not be movers and shakers in free agency — all that importing of defensive talent did not come cheaply, costing more than $200 million — but they do need to improve their roster with judicious signings.

During the week, the Giants will meet with Jason Pierre-Paul’s agent, Doug Hendrickson, and the hope is a multi-year deal can be worked out. The Giants applied the franchise tag to Pierre-Paul, and Hendrickson told The Post the two sides are “nowhere near a deal.’’ There is more urgency on the Giants’ side to get something done quickly, as negotiations for free agency open up March 7 — teams officially can sign players March 9 — and the Giants by then would like to know where they stand as far as their salary cap spending money. As it stands now, the franchise tag for JPP counts $17 million on the cap, while a long-term contract would reduce that cap hit significantly in 2017, allowing the Giants to shop more freely.

The Giants were estimated to have about $32 million in cap space before tagging Pierre-Paul and will head into free agency with just $15 million or so if the full weight of the $17 million franchise tag remains. That would make the re-signing of defensive tackle Johnathan Hankins an extreme long shot, considering the offensive needs the team wants to address. The Giants also have interest in re-signing linebacker Keenan Robinson, who served a specific but valuable role last season and wants to return.

Teams cannot officially speak with agents about players soon to be on the market from around the league, but discussions tend to happen in Indianapolis, with “Get back to you early next week” a familiar parting chorus. Figure the Giants will be in on a few veteran offensive linemen — including Andrew Whitworth of the Bengals, who is 35 years old but could slide immediately in at left tackle. Former Seahawks starter Russell Okung, recently cut by the Broncos, is another vet to watch.