PORT ST. LUCIE, Fla. -- Tim Tebow has officially arrived at Mets spring training, ready and willing to prove his critics wrong.  After a press conference in the morning, Tebow worked out with a handful of Mets minor leaguers, participating... 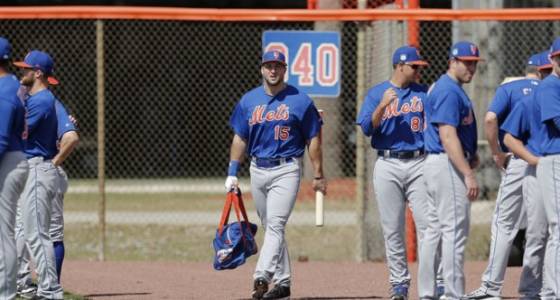 After a press conference in the morning, Tebow worked out with a handful of Mets minor leaguers, participating in his first full workout of the spring. Tebow and his group ran, played catch, shagged balls and took batting practice.

Tebow reflects on time with Jets

After working with Mets' hitting coach Kevin Long and former New York second baseman Daniel Murphy, Tebow came into camp ready to show a new-and-improved swing. He put on a show in batting practice, belting several over the fences.

He also signed autographs for fans until Mets PR was forced to pull him away for another workout.

The outfielder will be in minor league camp to start, as he did not receive an invitation to big league camp. Minor leaguers officially report next week.