Galleries Videos CONTACT ADVERTISE
Girne 9°
light intensity shower rain
BUSINESS EDUCATION ENTERTAINMENT HEALTH POLITICS SCIENCE SPORTS TECHNOLOGY
08:11 Stick it to “The Man” at the Zero Trust Security Summit
04:37 What to Consider When Starting Your Own Business
10:17 Clover POS System for Dental Offices
06:14 How Mobile Technology is Revolutionizing the World of Poker
20:31 The Importance of Banks in Our Lives
05:46 Things to Consider When Hiring a Criminal Defense Lawyer
09:15 Couple T-shirts are ideal for spicing up relationships
09:01 Laser Tattoo Removal and Its Amazing Benefits
07:58 Consolidate your medical bills with a debt consolidation
19:48 Is your mind a certain people? Elina Tanskanen gives a task, which you...
BIST
119802
GOLD
299.744
USD
5.9395
GPB
7.7319
EUR
6.5365
Breaking News
Why Go for Physical Therapy and How to Find the Best Therapist
Close

Thomas Bonacum might just win an ESPY for his heroics Friday night. Or, at the very least, he might end up on SportsCenter's Top 10 plays. The junior forward from Scotch Plains-Fanwood banked in a miraculous 3-pointer from just past the halfcourt line... 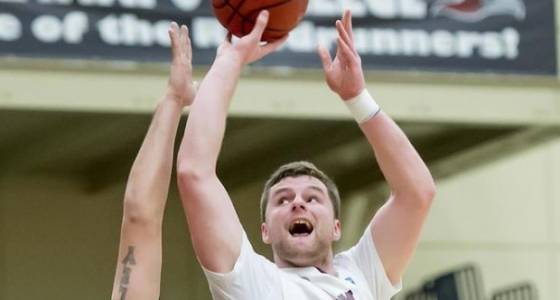 Thomas Bonacum might just win an ESPY for his heroics Friday night.

Or, at the very least, he might end up on SportsCenter's Top 10 plays.

The junior forward from Scotch Plains-Fanwood banked in a miraculous 3-pointer from just past the halfcourt line to lift Ramapo College to a 67-64 triumph over New Jersey City University in the New Jersey Athletic Conference championship game in Mahwah.

With the score tied at 64-apiece in the waning seconds, Bonacum caught a pass from Josh Ford and quickly hoisted a shot while falling forward to the court. The shot hits the glass and banks through the net, causing a crowd of 1,454 fans to erupt.

A two-time All-NJAC first-team selection, Bonacum led all scorers with 20 points on 7-for-14 shooting from the floor and added nine rebounds, four assists and two steals in 39 minutes of action as Ramapo (25-2) captured its fourth NJAC title to automatically qualify for the NCAA Division III tournament.

A 6-6, 230-pound junior, Bonacum earned the NJAC Player of the Year honor this season after leading the conference in scoring in league games (18.2 points-per-game) and ranking third in field goal percentage (.538), sixth in rebounding (6.6) and sixth in assists (3.1).

The Roadrunners rallied from a 46-35 halftime deficit by outscoring NJCU, 32-18, in the second half and captured their fifth straight win. They will now head to the NCAA Tournament for the first time in four years.

Keith Sargeant may be reached at ksargeant@njadvancemedia.com. Follow him