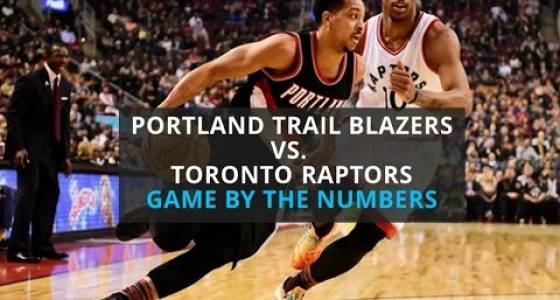 The Toronto Raptors defeated the Portland Trail Blazers 112-106 on Sunday night at the Air Canada Centre.

Toronto guard DeMar DeRozan led all scorers with 33 points and grabbed six rebounds.  Forward Serge Ibaka finished with a double-double, 18 points and 10 rebounds for the Raptors (35-24).

The Trail Blazers have now lost six of their last eight games and are currently 10th place in the Western Conference.  Portland will travel to Detroit to face the Pistons on Friday.

In the video above, watch a recap of the Raptors 112-106 win over the Trail Blazers.