Phillipsburg senior Robert Melise didn't waste much time winning the NJSIAA Region 3 wrestling title at 220 pounds on Saturday at West Orange High School. Melise recorded a fall against Sam Mellow of Montclair in 58 seconds in the championship match. With... 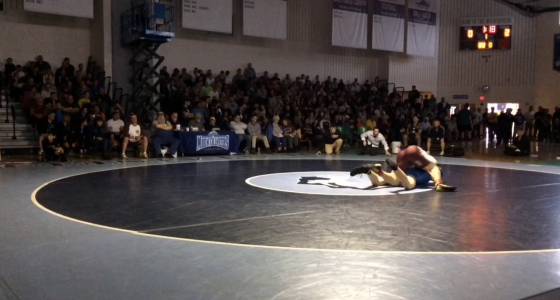 Melise recorded a fall against Sam Mellow of Montclair in 58 seconds in the championship match.

With the pin, Melise set the single-season pins record at Phillipsburg with his 28th of the winter.

Melise was named the tournament's Most Outstanding Wrestler.

Watch Melise pick up the win in the video at the top of this post.