Vermont hottest in Division I

CaptionCloseBurlington, Vt.The longest winning streak in the 117-year history of Vermont basketball, 18 games, is now the longest current winning streak among NCAA Division I men's teams. The Catamounts (26-5) took over the top spot Saturday night after... 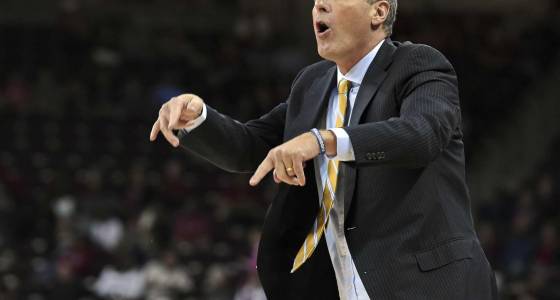 The longest winning streak in the 117-year history of Vermont basketball, 18 games, is now the longest current winning streak among NCAA Division I men's teams. The Catamounts (26-5) took over the top spot Saturday night after then-No. 1 Gonzaga (29-1) lost to BYU.

Vermont defeated Stony Brook 66-51 on Saturday afternoon to finish its America East regular season at 16-0. Princeton, 12-0 in the Ivy League with two games to go, is the nation's only other unbeaten team in conference play.

On Wednesday, the Catamounts host eighth-seeded Maine in the America East quarterfinals at Patrick Gym. The conference tourney, all at home courts of the higher seeds, continues with the semifinals on Monday and culminates with the title game March 11 on ESPN2.

Tacking on three more victories to its run would give Vermont a return to the NCAA Tournament for the first time since 2012 and its sixth overall. Vermont's late-season run a year ago came up short in an 80-74 loss at Stony Brook in the America East title game.

"Our guys have had incredible focus, especially since last year's Stony Brook loss," said Vermont coach John Becker. "They have great commitment to the team and are very unselfish. Because of this, there is great chemistry on and off the court. There is also no drama this year, no one player is looking for more credit than the next guy."

Becker, the unanimous choice as 2017 America East Coach of the Year, points to the Catamounts' bench as a key to their historic run.

"The quality of our depth is a huge strength," Becker said. "It protects us from foul trouble, injuries and from us having an off night. There is a lot more balance on offense this year, especially in our inside game where we have a much better back-to-the basket presence this season."

Eight different Catamounts have led the team in scoring during the 18-game win streak. They have one player in the top 15 in scoring in the conference, freshman wide-body forward Anthony Lamb, the America East Rookie of the Year, at 11.9 points per game. The league's player of the year, junior guard Trae Bell-Haynes, is 18th, averaging 11.3. Lamb and Bell-Haynes were two of six Catamounts honored by the league at the annual awards event on Monday.

"Our guys have all bought in to a 'whatever it takes to win' attitude and have shown it game in and game out," Becker said. "They take it one game at a time, but know our goal is the NCAA Tournament. This speaks to why they came to our program at Vermont.

"They have been real easy and a lot of fun to coach this year, and I'm sure they are a lot of fun for our great fans to watch. It's been a magical season for sure, and these kids keep getting better and better."