BARCELONA, Spain -- Stoffel Vandoorne insists the atmosphere at McLaren is positive despite another day hampered by issues with its Honda power unit.For the second day in a row, McLaren was hit by Honda problems early in the morning, this time caused by a... 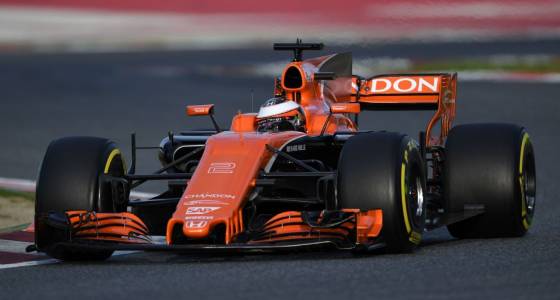 BARCELONA, Spain -- Stoffel Vandoorne insists the atmosphere at McLaren is positive despite another day hampered by issues with its Honda power unit.

For the second day in a row, McLaren was hit by Honda problems early in the morning, this time caused by a loss of power from Vandoorne's engine. The investigation into the issue required a time-consuming engine change, one only completed in the final hour and a half of the afternoon.

Vandoorne emerged intermittently from that point on and managed to tick over to 40 laps by the chequered flag. McLaren has just barely gone past a full race distance of the Spanish Grand Prix -- 66 laps -- in two days. By contrast, Mercedes has surpassed that tally either side of lunch on both days, amassing a total of 320 in the same time period.

During his media session on Tuesday evening, Vandoorne was asked how he would sum up the mood in the camp after a dismal start, to which he replied: "Everybody is keeping their head down. This is only the second day of testing.

"It's maybe not the start like we hoped to have, obviously we wanted to do more laps yesterday and do more laps today but we are a professional team, we're working very hard to solve the issues we had yesterday and today. There are still six days left, which is not a huge amount, so we need to make the most of every lap we get on track. At the moment the team is working hard to solve the issues and make sure we have better days."

Speaking about the issues which limited his day, he said: ""At the moment we don't know what the exact problem was. As I said we lost some power during the morning and we decided to change the engine so I think tonight Honda will analyse exactly what went wrong and they will probably give you an answer about it."

Given his limited running in the afternoon, Vandoorne was unable to properly push the limits of the car, reflected in the fact his best time was 5.6s off Kimi Raikkonen's eventual benchmark. However his early indications of the car are good.

"It's still very early days but like I said the first feeling was quite positive when I got in the car, in terms of pushing and being able to drive the car, so that was positive. In terms of actual performance it's still very early to say. We had two difficult days with not a lot of running, a lot of background tests that went on. We need to have a proper full day with a lot of laps to finally understand what we have in terms of package."