Twitter mailbag: If the Cowboys go big in free agency

FRISCO, Texas – The Dallas Cowboys Twitter mailbag is ready.In it we discuss:Melvin IngramDeSean JacksonBackup running backAway we go:@toddarcher Is there any chance the Cowboys go after a Melvin Ingram? I know they don't like to spend big in free... 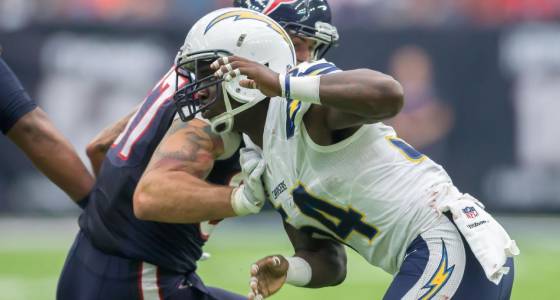 In it we discuss:

@toddarcher Is there any chance the Cowboys go after a Melvin Ingram? I know they don't like to spend big in free agency. #Cowboysmail

@toddarcher: There’s always a chance, I presume, but if we take the Cowboys at their word on their approach to free agency, then I would doubt it. Ingram has proven to be a solid pass-rusher the last two seasons after struggling to stay healthy early in his time with the Los Angeles Chargers. (Wow, that’s the first time I typed that. Weird.) He turns 28 in April, so he’s at a good age for a pass-rusher. Here’s an interesting note: he is signed with Roc Nation, the same group that represents Dez Bryant. There’s a good relationship there between the Cowboys and Jay-Z’s people, even though that Bryant deal took some time to get done. I’m not sure if Ingram would fall into the same category as Olivier Vernon last year, but he’s not going to be far off. Next week at the combine, I’ll have a better sense of how things might go in free agency, so check back for some updates. For now, however, I would not bet on Ingram wearing a star on his helmet.