Top Ways in Which Technology Has Helped Pro Baseball Thrive 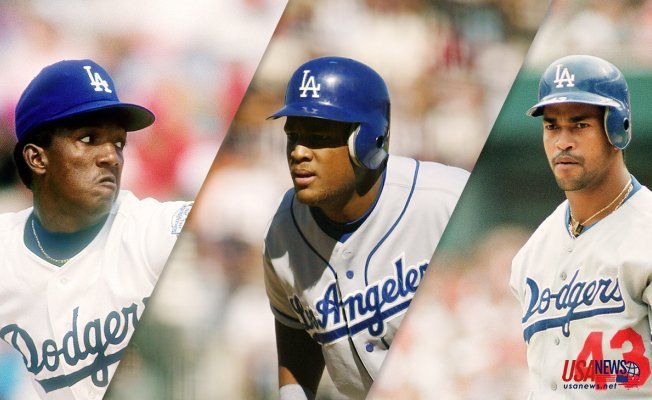 Anybody who loves baseball will tell you how this game is one of patience and amongst other things about stats. While the physical logics of it seem very simple there is a whole world of numbers, percentages, averages and other information that is just as crucial to the game as everything else. One of the main problems that Major League Baseball has had to battle with has been the complaints from critics about how the game has not aged well with the passing of time and the ushering in of technology in the sports industry.

As some of the best MLB World Series odds online platforms give baseball fanatics some early predictions as to who looks best to win this season’s top baseball title, let's take a close look as to how pro baseball has opened up more to the wonders of technology. From fan experience enhancing tools to gadgets and systems to help teams and athletes improve their performances let’s break technology’s effects on baseball.

Before, whenever teams or athletes wished to keep an up to date track of their performances, including stats like pitching and running speed, batting power and others they would basically have to do it by eye. Given that working like this gave the sport some of the absolute best scouting experts in all of the sporting industry, times have changed and so have the tracking systems. With the implementation of the Rapsodo pitching and hitting monitor the game has been shaken to its core with a refreshing new way to understand the inner workings of the sport of baseball.

Originally designed by Turkish engineer Batuhan Okur for golfing purposes, Rapsodo made the leap into the baseball world with its now revolutionizing pitching and hitting monitor systems. Being as with everything else tech related the baseball world was hesitant to accept it at first. It was the Oakland A’s, who are known as the team that’s never afraid to think outside of the box who took up the system and never looked back. Now basically all of MLB’s teams use it along with over 100 individual players, and around 500 college baseball programs and 400 baseball academies around the US.

How does Rapsodo work? Well, the pitching monitor systems for example use machine read algorithms to track pitcher’s throwing speed, the spin rate on each pitch as well as its efficiency. The system is also able to track the different ways in which pitches break in relation to the wind speed and the ball’s spin axis. With the hitting monitor the process is basically the same with it producing data on the speed of the ball as it’s hit by the bat, the force used by players on impact, speed of the swing, distance the ball travels and spin rates while travelling in the air or ground.

All the information is quickly sent to tablets or laptops which display the metrics studied, helping coaches, scouts and players understand and interpret this information in a simpler and clearer way. If understanding baseball used to be seen as a titanic mission which was left to scouts and experts who basically lived, slept and ate baseball, with a system like this everything has made a bright turn for the better.

Just like pitchers have their systems and everything and apart from what a system like Rapsodo does to help improve hitting, baseball teams and players have benefited as well from the creation and implementation of hitting friendly systems.  Two specific systems come to mind as pivotal tools that team’s in MLB have put to use are the K-Vest censoring system and the Swing Tracker sensor.

Firstly, the K-Vest system places specific sensors on a hitter’s pelvis, upper body and lead arm and hand to be able to give detailed analysis on the player’s swing, it’s strength, movements and efficiency. Each of the K-Vest sensors gathers 200 data points per second which are sent to tablets or laptops which turn said data into 3D renderings of the swings being analyzed. This system has helped teams and athletes have a better grasp and more in depth understanding of the mechanics of their hitting stances, swing velocities and brute strength used to hit the ball.

Another option, less costly than the K-Vest system but just as effective is the SwingTracker batting sensor. This small censoring gadget is placed on the knob of baseball bats and it transmits play by play data about the angles, planes and velocity of swings and hits to produce a 3D model of a player’s swing stance, style and all around efficiency. This sensor also helps estimate the flight distance and path of the ball allowing players to be able to further develop their batting powers in order to bring up their averages, OBP’s, slugging averages and other very important numbers in their game.

What About The Fans’ Experience?

The welcoming of technological advances into Major League Baseball have also helped breach the gap between a sport that is considered by many as an “old people” game and an ever growing younger sports fan base. The usage of social media platforms by the league, teams and athletes has helped reach more and more fan bases around the world of younger ages to be able to connect to them and show them how exciting the game of baseball can be. There is absolutely no shame in using social media as a main weapon for exposure and with the success that leagues like the NFL and NBA have had in their ventures, MLB is now fully riding the social media wave as well.

The usage of cryptocurrencies, which is a new boom in the business side of the sports industry, has also started making a mark in the game. Be it for ticket and official merchandise purchasing or for online betting purposes, allowing fans to do their transactions with cryptos like Bitcoin, Dogecoin and others has opened the possibilities of bringing more people into the game.