Top 3 American Players That Have Thrived In The Premier League

Throughout the history of the Premier League, the division has been renowned for being one of the best global leagues in the world 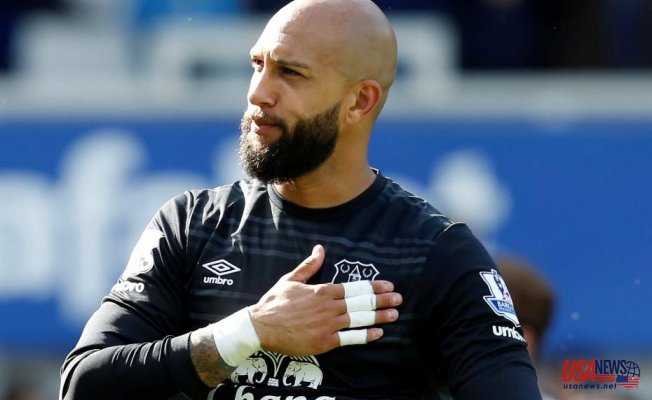 Throughout the history of the Premier League, the division has been renowned for being one of the best global leagues in the world. Due to that, there have been a variety of nationalities represented in the top-flight division.

Even if Americans are known to produce other kind of football athletes, the ones that thrive in the NFL, like the top cornerbacks of all time, soccer is growing on popularity.

American players have especially left their mark in the Premier League, with some of these stars having played in England for the majority of their careers. However, which players were the best Americans to have played in the competitive division?

Goalkeepers have been able to leave their mark more than most in the division from an American perspective, and there are very few that can claim to have had the success that Brad Friedel did.

The American played in a record of 310 consecutive games throughout his career, and at his peak, he was revered as one of the best shot-stoppers in the division. His first club in England was Liverpool, but he made his name during an eight-year stay with Blackburn Rovers.

His performances played a huge role in Blackburn’s promotion and then consolidation in the Premier League. In the 2002-03 season, he also became just the second goalkeeper to score in a Premier League fixture.

In the summer of 2008, Friedel moved on to Aston Villa, where he played an important role in the club finishing sixth in consecutive seasons before moving to Tottenham Hotspur. No player from North or South America has played in more Premier League games than the goalkeeper.

When it comes to outfield stars, no player had an impact quite like Clint Dempsey. The forward was instrumental in helping Fulham maintain their Premier League status throughout his spell there. Dempsey made his name at the New England Revolution before Fulham signed the forward for a reported $4 million. He scored the goal that secured Fulham’s top-flight status in his first season with the club. He finished the following two seasons as the club’s top scorer, with the second of those seasons seeing Fulham qualify for the Europa League.

Dempsey’s impact in Fulham’s Europa League run was profound, as he scored the vital goal in their 4-1 semi-final win over Juventus. He later came on as a substitute in the final against Atletico Madrid, which ensured that he became the first American to play in a major European final. His time at Craven Cottage came to an end in 2012 as he signed for Tottenham Hotspur in a deal worth a reported $9 million. Dempsey went on to play 43 games for Spurs in the 2012-13 season and scored 12 goals. Following that season he moved back to the MLS to play for the Seattle Sounders.

Brad Friedel wasn’t the only goalkeeper to leave his mark on the Premier League, as the former Blackburn and Villa stopper paved the way for Tim Howard. The former American number one enjoyed a successful 13 years in England as he won the FA Cup and League Cup.

He also finished as a runner-up in the FA Cup on two occasions. He joined Manchester United in the summer of 2003 from MetroStars for a fee of $3 million. Howard immediately became the number one choice for the Red Devils after replacing Fabien Barthez.

He made 32 appearances in his first season with United, before finding first-team starts hard to come by in the following two seasons. In the summer of 2006, United allowed Howard to move to Everton. During his stay with the Toffees, he made 354 appearances and scored one goal.

He was an integral part of the Everton side that finished consistently in the European places under David Moyes and then Roberto Martinez. After the 2015-16 season, it was revealed that Howard would be moving back to the MLS table as he signed for the Colorado Rapids.

it's interesting. I do not believe in the lottery, but I like to read such articles. I also sometimes write essays and you can read examples of my work here https://www.essay-company.com/book-review . But I write more academic papers