To mimic Spurs, new-look Lakers should start with front-office stability

LOS ANGELES -- The San Antonio Spurs and the Los Angeles Lakers compared franchises Sunday morning at Staples Center, and the gap makes the Grand Canyon seem like a ditch. Big market versus small. Flashy versus fundamental. Star-driven versus team-first.... 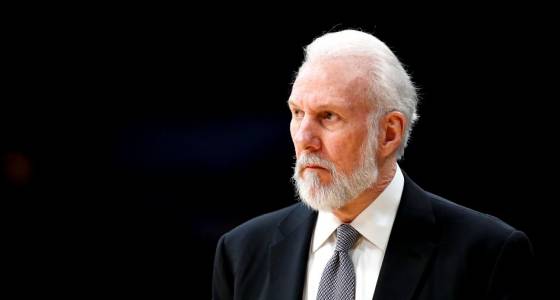 LOS ANGELES -- The San Antonio Spurs and the Los Angeles Lakers compared franchises Sunday morning at Staples Center, and the gap makes the Grand Canyon seem like a ditch. Big market versus small. Flashy versus fundamental. Star-driven versus team-first. Extreme dysfunction versus unshakable consistency. The list could go on for two foes once embroiled in a fierce Western Conference rivalry, but these differences seemed especially stark given what unfolded over the past week.

While the Spurs epitomize managerial stability, togetherness and focus -- which drive their well-oiled machine that has hummed along with surgical efficiency for decades -- the Lakers and their worst-ever struggles represent what happens when too many in power pull in opposite directions for far too long: disaster.

But if the Lakers have for years been a rudderless ship rocking aimlessly in the sea, then they now have hope that their recent in-house overhaul will provide some semblance of direction. Just how much direction won't be known for some time. For now, with longtime executives Jim Buss and Mitch Kupchak both sent packing, Magic Johnson is the Lakers' president of basketball operations, and he took in Sunday's affair -- his first Lakers' home game in his new post -- from a Staples Center suite, and he saw the Spurs throttle the Lakers 119-98.

Before the game, Spurs coach Gregg Popovich -- who, like Johnson, is a five-time champion -- weighed in on the Lakers' newest frontman. But Popovich, like many, isn't sure how the former on-the-court legend (and front-office rookie) will help the Lakers emerge from rebuilding status.

"Like everyone else, I would assume, Magic's always been somewhat of an idol in the sense of what he accomplished, what he's done not just on the court but what he did after the court, business-wise," Popovich said. "Hopefully, that will transfer. Hopefully, he will be very successful. I'm one of those people who believes that having really good teams in big cities is important for the league. Sure, we all want to win. But the bigger picture is when big cities have good teams, it's good for everybody."

A rising tide floats all boats, as the trope goes, but the Spurs are an ideal example that market size matters less and less, given how the digital age has reshaped the landscape, allowing players to build massive global brands anywhere. Even so, Popovich acknowledged that certain cities still carry allure -- and Los Angeles arguably tops that list.

"We've been successful, I guess," Popovich said. "That's why some people have come. But you can't deny that markets like New York and Chicago, the big cities, are attractive no matter. No sense in trying to hide that. We've been here [in Los Angeles] four or five nights, and I've had lunches and dinners and wine every day until I can't wait to get out of here. I need to go dry out. No food and alcohol for a while. I just hope half the team shows up today. ‘Are we gonna practice tomorrow?' I'm like, ‘Screw practice. We've got to go to lunch.' It's an attractive place."

But all that good food, wine, sunshine, history, celebrity connections and business opportunities alone aren't enough to draw in top-tier free agents. The Lakers have painfully learned that lesson time and again the past four summers -- including when LaMarcus Aldridge turned them down to join the Spurs in large part because the Lakers had no answers about how to improve their abysmal on-court product.

There were also uncomfortable questions lingering about the Lakers' management structure, especially because Jim Buss announced in 2014 that he would step down in three years if the team wasn't contending by then. If he went, then Kupchak -- the logic went -- was probably out the door too. And then who was charge? Would Phil Jackson rejoin the organization? Too much uncertainty clouded the future.

Far on the spectrum's other end, Popovich hasn't faced many of these issues, so when he was asked how front-office consistency has impacted his job, he responded, "Easier, better than chaos and conflict, right? [General manager] R.C. [Buford] and I have been together for a long time. So, obviously, that continuity helped us make decisions quickly without animosity and that sort of thing."

He continued, "Well, I've always thought it starts with ownership. I think owners who let people do their jobs end up being more successful in our business. And obviously, if someone has made a lot of bucks doing something else, the pitfall is always to think that you can do that no matter what business you might be in, and some organizations get into trouble because of that. We haven't had that problem.

"So ownership has allowed us to just run the program and keep them informed as we should. After that piece of the puzzle is in place, then it becomes a synergy between management, coaches and players. At that point, it's about people. It's about people that have hopefully gotten over themselves, that are comfortable in their own skins and know how to maturely and objectively agree and disagree. That's totally dependent on people."

The circumstances that Popovich described were once in place for the Lakers, but since their patriarch owner Dr. Jerry Buss died in 2013, everything has seemingly fallen apart -- and the organization continues to operate more like a soap opera than a functional franchise, as The New York Times perfectly illustrated Saturday in the opening paragraphs of a story summarizing last week's coup:

So, the president of the Lakers -- the one who once posed in Playboy and dated the head coach -- created a stir last week by firing her brother, who had helped prepare for his job as the head of basketball operations by training horses.

To replace him, she hired the franchise icon with the incandescent smile whose first day on the job last Tuesday represented the start of his experience as a basketball executive. His first move was to hire a general manager whose primary qualification seems to be that he was the agent of another Lakers icon, the one with the killer scowl.

These novices will be counting on the expertise of the son of the Lakers' éminence grise, who stormed off years ago when he clashed with the head coach, the one who dated the owner's daughter.

It's impossible to imagine such events unfolding within the Spurs -- or anywhere outside of perhaps the New York Knicks or Sacramento Kings -- but the Spurs are outliers, as Popovich admitted.

"I think we're really fortunate because R.C. and I already had a little of history together from college days, and from day one, ownership really was a hands-off sort of situation," he said. "Compared to a lot of places, we were very, very fortunate."

But the Spurs aren't immortal. One day, they could start losing, which could threaten the front-office synergy they value so much.

"Certainly, that's human nature, especially in a pretty volatile business," Popovich said. "Instant gratification seems to be a factor that runs things the most, as far as whether you can have continuity or not, how long you're gonna wait. And every situation is different. Some programs have money problems, others have talent problems, coaching problems, GM problems. We don't know. Everybody's different in every situation, and it takes time to get all that straight."

The Lakers and their fans might view themselves as different, as exceptional, and in some ways, that is true. But it's just as true that believing those viewpoints helped contribute to their fall. While Johnson observed Sunday's game from a suite, his former teammate Kareem Abdul-Jabbar watched along the sideline. During a break in the game, he reflected on his former team's situation with measured language that didn't make the Lakers seem exceptional at all.

The Lakers are driven by youth, but, Abdul-Jabbar said, "We have to start somewhere."

The Lakers want a quick fix and, Abdul-Jabbar said, "I'm sure all the die-hard fans are tired of waiting, but a lot of what happens in this league is cyclical."

He noted that Johnson will have to learn plenty on the fly and hoped for his success, but Abdul-Jabbar didn't guarantee that everything would work out -- because it's too hard to say.

While Abdul-Jabbar spoke, the Spurs enjoyed a double-digit lead after days of enjoying Los Angeles and all its spoils. The Lakers are among many envious of the Spurs, wishing they could mimic them in some ways if not all. But if there's anything the Lakers should hope to steal, it's the Spurs' novel idea that their success stems from higher-ups who are willing to work together rather than apart. Much like a team.