Famagusta 15°
overcast clouds
BUSINESS EDUCATION ENTERTAINMENT HEALTH POLITICS SCIENCE SPORTS TECHNOLOGY
10:22 Four Benefits of Hiring a Dedicated Development Team
04:48 Mark Kelly, President of Safety Marking Inc., Discusses Structuring Effective...
17:58 Trump wants to play golf at the Biden swearing-in in Scotland - but is...
17:54 First doubts Regarding tightened Steps: two National Countries Extract...
10:39 Covid-19 : in France, the end of containment and entry into force of the...
04:34 The schools of Rome will use the Internet with light bulbs: what it is...
10:58 Kratom Tea: How Is It?
11:46 Office Furniture Products for you!
12:17 Top Clubs, Their Value, Revenue And Current Standings
11:14 Reasons Why Rewarding Yourself is a Good Practice
BIST
1536
GOLD
437.405
USD
7.3542
GPB
10.1113
EUR
8.9452
Breaking News
Navigating a Hearing Disorder Diagnosis
Close

It's often said that the English Premier League is the richest sports league in the world, and not without reason 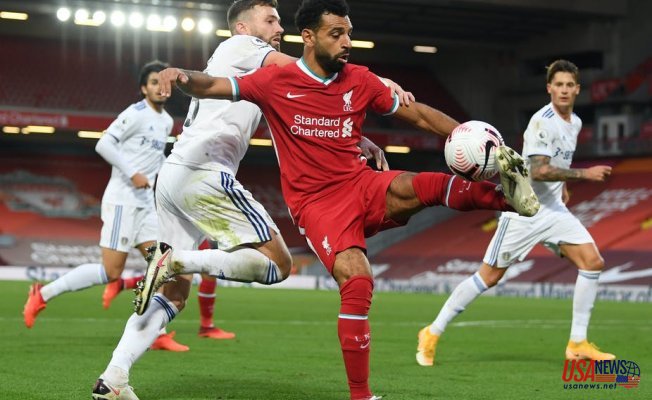 It's often said that the English Premier League is the richest sports league in the world, and not without reason. It's undoubtedly the richest league in soccer. In terms of transfer fees spent, attendances, and television revenue, no other soccer competition can compare to it. The league is watched by over a billion people all over the world, with fans in every country. When a team gains promotion into the Premier League from the lower divisions of English football, the boost to their finances can change the club forever.

Unfortunately, the reverse of that statement is also true. Clubs that used to be in the Premier League but have since been relegated often struggle to balance the books in the years that follow. Players who were signed to big-money contracts during the Premier League days become a drain on their reduced resources, and television money is nowhere near as good further down the pyramid structure of soccer in the country. It's also a struggle for clubs who have never played in the Premier League, struggling to compete with those who have on comparatively restrictive budgets. For obvious reasons, 2020 has been especially tough because fans haven't been able to attend matches. Without the income that comes from ticket sales, many clubs in the Championship, League One, and League Two have been staring bankruptcy in the face.

For all the money that the Premier League generates, it's sometimes accused of not doing enough to help lower-tier and grassroots soccer in the country that hosts it. The executives who run the Premier League have been accused of treating it like their own personal online slots website, reaping all the money as customers pay in and occasionally paying out small jackpots to member clubs, but keeping the bulk of the profits for themselves. That's good business sense if you're running an slots UK website. It's less helpful when your future prosperity depends on clubs coming up from the lower leagues to compete in your competition. If an online slots game is too reluctant to pay out, players eventually stop playing it. If the Premier League remained reluctant to share its wealth with the teams that feed it, it might soon have found itself running out of new players, too. Fortunately, common sense has prevailed. After months of negotiations, the Premier League is finally going to provide a financial lifeline to the clubs and divisions beneath it.

Although the final terms of the deal aren’t yet clear, and some clauses will remain confidential, the headline is that the Premier League will provide the remaining 72 professional clubs in the country with access to £250m worth of loans, tiered according to the division the clubs play in. £200m of that will go to clubs in the Championship - the division directly below the Premier League, and therefore the most important one to the Premier League in terms of promotion and relegation. The remaining £50m will go to League One and League Two clubs but will be provided as a grant rather than a loan. There will be no expectation on these smaller clubs to pay the money back. Championship clubs are eligible to apply for an interest-free loan of up to £8.33m on the proviso that it must be repaid in full by the end of June 2024. The minimum payment for each League One club is £375,000, and each League Two club will receive at least £250,000. Those payments will leave £15m still "in the pot" for teams in the bottom two divisions, which will be split up and distributed based on average attendance figures in the hope that it will be enough to cover the income figures they're used to receiving from fans buying tickets.

While it’s understood that most clubs will accept the payments because of the harsh financial realities they’re facing, there’s no requirement on them to do so. They can choose not to receive any financial assistance money and continue as they are if they wish. Those that do take the money will be expected to observe strict spending limits in relation to transfer fees and player salaries for the next two seasons, and possibly longer on a case-by-case basis. Most clubs - and their fans - will see that as being less than ideal, but it’s preferable to going bankrupt and forcing the clubs into administration. The boards of many of the lower league teams have already warned that with no financial assistance, clubs would run out of money in early 2021 and may not even be able to complete the current season.

Even with this new line of financial support, there are still some concerns about the deal's long-term implications for clubs in the Championship. The division's larger clubs such as Sheffield Wednesday, Nottingham Forest, Derby County, and Birmingham City are unlikely to have any difficulty repaying £8m in loans over the next four years so long as fans are allowed back into stadiums in the near future. Smaller clubs like Wycombe Wanderers and Rotherham United, though, are unlikely to be able to meet that kind of commitment without making cutbacks elsewhere. Those cutbacks are likely to be made in transfer fees and salaries, resulting in a lower quality of player at each club and an increased likelihood of relegation to a lower division. The new loan and grant deal is a fix, and a welcome one, but it's not perfect.

For those who have only a casual interest in Premier League soccer, it's easy to forget that there are teams in the lower leagues who used to be in the Premier League. Even as far down as League Two, three divisions from the top, you'll find Bradford City, Oldham Athletic, and Bolton Wanderers, all of whom have been Premier League teams in the past. Any team can fall from grace, and without the right level of financial support, it becomes extremely difficult to fight its way back up the leagues again. The actions that the EFL and the Premier League take now to secure the future will have implications for years to come. It's to be hoped that those decisions are the right ones - and that clubs are able to open their doors and get back to normal sooner rather than later. Nobody knows whether a second bailout would be required if they can't - and nobody knows whether the Premier League would be willing to provide one either.