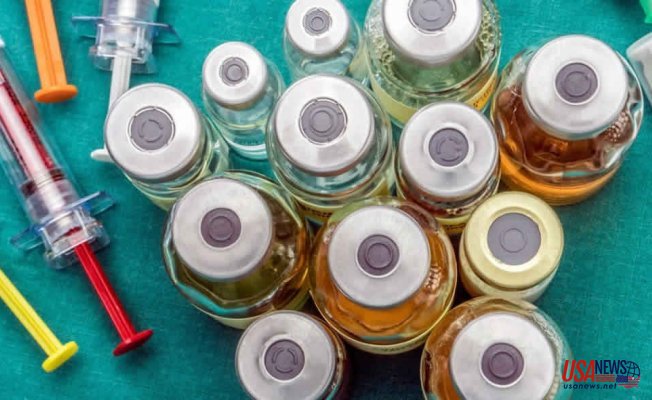 If you are someone who never took part in competitive sports or hasn’t had a vested interest in sporting events then understanding why athletes or professionals turn to synthetic drug enhancers may come as a questionable act to you.

You may be wondering why would someone, who has put in so many hours at the gym, so much sacrifice in terms of foods they eat, and commitment to being the best version of themselves they can be, take the risk of using performance enhancers to get them to that next level. Well, it’s easy, being good simply isn’t good enough when you can be great.

For many years, before all the advancements in medical technology ever came to light, athletes were always using some form of steroid to give them that added boost. Read a more in-depth explanation here https://en.wikipedia.org/wiki/Steroid and see all about their structures, types, and compositions, appealing to the more book-smart of us mere mortals.

Athletes wanted to train for longer, harder, and have more endurance than their competitors and with the aid of these drugs, this was possible.

Sporting professionals could recover quicker and hit back to the gym in a shorter time, their muscles were broken down and repaired significantly quicker than when not using the steroids, and especially in the bodybuilding and weight lifting industry, this was vital in increasing the muscles definitions.

This does not go to say that all competitive sportsmen and women use steroids, some believe in training and competing ‘clean,’ and that’s perfectly fine too, each to their own as my granny used to say, we do what we feel is best for us and our bodies.

The main hormone responsible for this muscle building is known as Testosterone, a naturally occurring hormone already found in the body, but which starts to decrease with age around the time we hit 35 years. Find out more about testosterone and its effects in the body in this interesting article, knowledge is power as the old saying goes, am I right?

Many well-known people have succumbed to using steroids, some successful others not so much, to read all about them, grab that cup of well-deserved coffee and find a comfy chair to relax in and sip away while checking out this webpage and finding out facts you may not have known, about people you would never have thought to try their hand at synthetic drugs.

The debate on using steroids as an athlete.

There are constant arguments when a topic of such high sensitivity is brought to the table, people get angry, comments are made that have been kept hushed until now, and it can all get a bit out of hand if not approached in the right manner.

So, should athletes be allowed to use these drugs? On the one side of the coin, the decision at the end of the day is up to them, it’s their body, their life, and if it means getting caught and being stripped of titles then they will bear the consequences.

However, it is up to them as individuals to do so in a manner that is non-harmful and considering safety first. Read what some people have to say on the matter here https://www.quora.com/Why-do-athletes-feel-the-needs-to-use-steroids and form your conclusions.

Then there are those athletes who don’t use drugs, they eat clean, train hard just as steroid-using professionals do, but without the added boost.

They feel they are being paired up against ‘enhanced’ athletes who have an unfair advantage in that they have increased strength and speed, their endurance is that much more, and can come back from injury quicker than their rivals.

Each side has a valid point and making sure you are aware of both sides of the argument will help you make the final decision on where you stand when it comes to steroid use in sports.