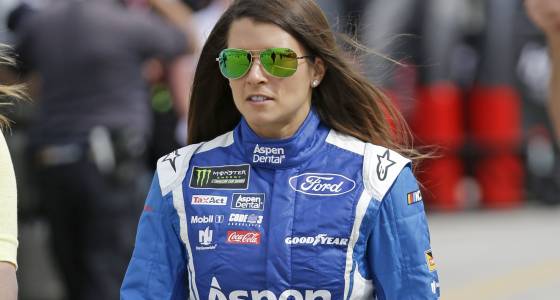 DAYTONA BEACH, Fla. — Nature’s Bakery filed its response to a $31 million breach of contract suit brought by Stewart-Haas Racing because the company severed its sponsorship with Danica Patrick.

The counterclaim filed Friday in North Carolina Superior Court came a little more than a day before the season-opening Daytona 500. Patrick is to start 12th in Sunday’s race.

Nature’s Bakery contends Stewart-Haas Racing “could not control” Patrick and allowed her to endorse products that rivaled the fig bars and brownies sold by Nature’s Bakery. The company said it was spending $15 million a year and expected four times the return for sponsoring Patrick’s car.

Instead, SHR could not guarantee exclusivity in the on-the-go foods category because Patrick endorsed competitor Six Star Pro Nutrition.

The counterclaim alleges “it was as if Michael Jordan decided to wear Adidas while being paid by Nike.” Nature’s Bakery said the relationship was clearly not working six months into the contract, Stewart-Haas Racing took advantage of a young company with no NASCAR sponsorship experience, and SHR “did nothing other than collect Nature’s Bakery’s money.”

Nature’s Bakery said SHR promised to support the sponsorship but failed to provide significant value as part of the deal that was worth $15 million annually. SHR is seeking $31 million, plus damages.

“I haven’t had a chance to (read the response), and I won’t,” team co-owner and three-time NASCAR champion Tony Stewart said Saturday. “I’m focused 100 percent on what we’re doing down here this weekend. We’ve got a business group that will take care of that side of it, but while I’m in Daytona I’m worried about what happens with the Daytona 500.”

“I did not promote rival products,” Patrick said at the beginning of Speedweeks at Daytona International Speedway. “I always do my very best to bring return on investment to all of my partners, and so all I can say is I did my best to promote them authentically and truthfully.

“I think that it was a shock to all of us that one year into a three-year deal that there was a problem, but everything that was ever asked of me I did to the very best of my ability.”

Nature’s Bakery, based in Reno, Nevada, was one of the smallest primary sponsors in NASCAR. It completed only one year of a three-year deal. The company is asking for SHR to collect nothing and to be assessed an unspecified amount in damages.

Patrick is not a party to the lawsuit or the counterclaim.

“Nature’s Bakery has tried for almost half a year to resolve the failed relationship in a productive business-like manner, but it now faces a public lawsuit that never should have been filed,” the company said in its filing. “Forced to engage, Nature’s Bakery will not be bullied and is intent on prevailing in this case-even as it continues to support NASCAR and wish Ms. Patrick much success on the track in 2017 and beyond.”

The pairing with Nature’s Bakery and Patrick seemed natural from the start because the driver heavily promotes a healthy lifestyle and clean eating. She said she ate the fig bars before she was partnered with the company.

The severing of the contract left Stewart-Haas Racing in a funding lurch weeks before the season. Patrick had at least 20 unsponsored races without Nature’s Bakery, but Aspen Dental this week broadened its role with her. Aspen Dental will be Patrick’s primary sponsor for double-digit races, debuting with the Daytona 500. TaxAct is also on her car.

In its counterclaim, Nature’s Bakery alleges SHR “suffered setbacks both on and off the track” but, most damaging, was its inability to control Patrick’s performance, “particularly as to her social media, which Patrick often refused to use to promote Nature’s Bakery.”

Nature’s Bakery said SHR focused attention on its own team problems, and did not support one of its lead sponsors. It also alleges that SHR misrepresented the health of NASCAR.

“SHR also heavily promoted NASCAR’s alleged growth in both sponsorship and viewership, particularly in key demographics where Nature’s Bakery hoped to expand. … Nature’s Bakery would later learn that these statements about NASCAR’s health were untrue, as NASCAR was undergoing retraction – something that SHR well understood,” the filing states. “SHR’s promises were illusory and misleading. There was no massive increase in sales. NASCAR viewership was retreating. The team had other significant operational problems.”