Point guard Deron Williams has cleared waivers and has informed the Cleveland Cavaliers that he will sign with them, sources told ESPN on Saturday.Williams negotiated his release from the Dallas Mavericks on Thursday after he wasn't dealt at this week's... 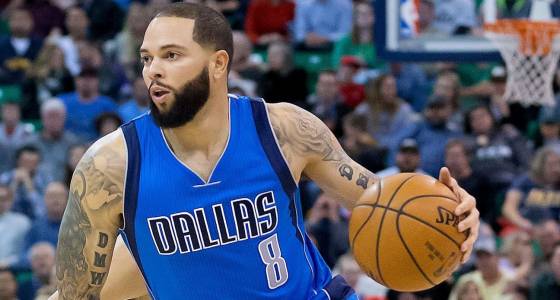 Point guard Deron Williams has cleared waivers and has informed the Cleveland Cavaliers that he will sign with them, sources told ESPN on Saturday.

Williams negotiated his release from the Dallas Mavericks on Thursday after he wasn't dealt at this week's trade deadline. Williams, who cannot sign with the Cavs until Monday, will sign for the rest of the season for the veterans minimum, sources told ESPN, which will cost the Cavaliers $900,000 in salary and luxury tax.

The Cavs fell to 0-3 against the Bulls this season, but the past two losses have come with multiple All-Star starters sidelined.

The Cavaliers have an open roster spot and have been looking to acquire a backup point guard since September, when Mo Williams announced to the team he would not be reporting for training camp.

Guard Kyle Korver, who played with Deron Williams when they were both on the Jazz, led the Cavs' recruitment of Williams, sources told ESPN's Dave McMenamin. The team attempted to sign Williams as a free agent in 2015.

Asked how he sold Williams on going to Cleveland, Korver said it "didn't have to be much of a sales pitch."

"He wants to be a part of an opportunity to win a championship," Korver said before the Cavs' 117-99 loss to the Chicago Bulls on Saturday. "And just being here the whole time I've been here, and just seeing where there are some of the holes -- or not holes, but where we can be better -- and knowing who he is and his skill set, I think it's an incredible fit. He's a guy that can play with the ball, he can play off the ball. He's a good shooter, he's a smart player. He can switch on defense, he's a bigger body. I just think he's a really good fit all around."

Korver, who has been with the Cavs only about six weeks since arriving in a trade from Atlanta, was able to share how quickly he became a part of the Cavs' culture.

"I told him this is a great team to be on," Korver said. "The locker room is amazing. Because I think you're always wondering about that in the back of your mind. Just tried to tell him that these guys are great, and they're welcoming. You're going to have no problem fitting in. There's a real need for you, I think. When you have a team that's this good and has won a championship, where do you really have a hole, where do you really have a need? There's a real need for someone like him. So I said, 'You're going to come in, and you gotta learn a little bit, but you're going to transition easily, and there's a need for you, and you're going to play, and it's going to be fun.'"

Williams, who played on Team USA with LeBron James and Kevin Love, averaged 13.1 points and 6.9 assists in 40 games for Dallas this season.