The NFL Combine will take place in Indianapolis this week, and although the main focus will be on the draft, it is also going to be a big week for the Eagles to make some tough decisions regarding players currently on their roster.   According to... 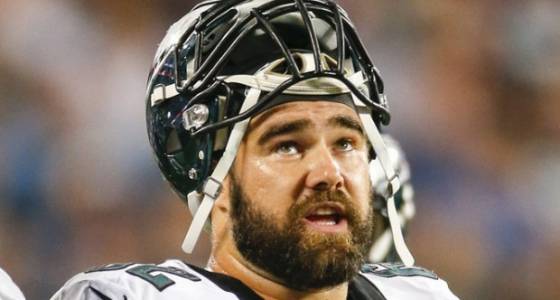 The NFL Combine will take place in Indianapolis this week, and although the main focus will be on the draft, it is also going to be a big week for the Eagles to make some tough decisions regarding players currently on their roster.

According to a person familiar with the situation who requested anonymity, the Eagles will be meeting with the agents of both defensive end Connor Barwin and center Jason Kelce this week, and the meeting is expected to result in some clarity on the future of both players.

No final decision has been made yet on what will happen with either Barwin or Kelce in regards to the status on their team for next season.

The Combine is used as a time every year for teams to meet with agents and have discussions about the next season.

Barwin has a $8.35 million cap hit next season, but if he is released, the Eagles would save $7.75 million against the cap.

Kelce has a cap hit of $6.62 million this upcoming season, and would open up $3.8 million in cap space if released.

A look at the Eagles' cap space

Of the two, Barwin is far more likely to see something happen with his deal, whether it be the Eagles flat out releasing him or re-doing his deal at a lower number. Barwin had not been shy about his willingness to re-do this deal if it means staying in Philadelphia.

It is also possible that the Eagles could trade him, as NJ Advance Media reported earlier this month that there is plenty of interest around the league in Barwin.

Although his production took a dip, his leadership in the locker room and his value to the organization overall should factor into the Eagles' decision on whether or not to keep him.

As for Kelce, it is very possible the Eagles simply decide to keep him at the $6.2 million cap hit he is scheduled to make. Kelce had a strong season overall for the Eagles last year, and his value to quarterback Carson Wentz before the snap should not be looked over.

One reason the Eagles may move on from Kelce is Isaac Seumalo, the team's third-round pick last season. Seumalo, however, has not yet taken any snaps at center in a regular season game, so moving on from Kelce at this point of Wentz's career is a risk.