VANCOUVER—The Ottawa Senators are gearing up for a push to the post-season, acquiring forward Alex Burrows from Vancouver in exchange for prospect Jonathan Dahlen.The trade gives the Senators a skilled pest with plenty of playoff experience at forward.Burrows,... 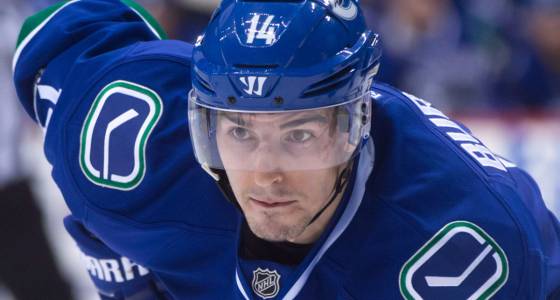 VANCOUVER—The Ottawa Senators are gearing up for a push to the post-season, acquiring forward Alex Burrows from Vancouver in exchange for prospect Jonathan Dahlen.

The trade gives the Senators a skilled pest with plenty of playoff experience at forward.

He had four straight seasons of at least 25 goals from 2008-09 to 2011-12 playing largely with the Sedin twins. His best offensive days are behind him — he has nine goals in 55 games this season — but he will still bring sandpaper to a Senators team that is pressuring Montreal for top spot in the Atlantic Division.

He has impressed at the international level, registering six points in seven games for Sweden at the 2017 world junior championship and leading his country in scoring with five points in five games at the 2016 Ivan Hlinka under-17 tournament.