AIR CANADA CENTREPUCK DROP: Saturday, 7 p.m.TV: CBCRADIO: TSN 1050KEY PLAYERSPrice vs. NylanderMontreal’s Carey Price remains an all-world goalie and the likely starter for Canada should the NHL be represented at the next Winter Olympics. He reached... 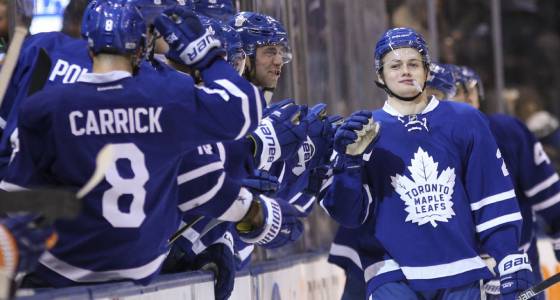 Montreal’s Carey Price remains an all-world goalie and the likely starter for Canada should the NHL be represented at the next Winter Olympics. He reached 258 career wins (in 493 games) earlier this week, tying Ken Dryden for third overall on the Canadiens’ wins list, behind leader Jacques Plante and Patrick Roy. William Nylander has seven goals in his last 11 games and has been reunited with Auston Matthews of late. His eight power-play goals are second on the Leafs to Nazem Kadri (10).

Montreal lost 3-0 at home to the Islanders on Thursday as the Atlantic Division continued to tighten up. A bad week could drop a team from the division lead to outside the playoffs. Critics feel GM Marc Bergevin needs to make a move for scoring help before the trade deadline. Among the names Montreal is rumoured to be interested in: Arizona’s Martin Hanzal, Tampa Bay’s Brian Boyle and Colorado’s Matt Duchene, who leads the NHL with a 62-per-cent faceoff success rate. Bergevin has made 34 trades since taking over as GM and has acquired one top-six forward … Scoring has been a problem with Montreal of late; the club has lost eight of 10 games in February while being outscored 33-12 and shut out four times . . . That loss to the Islanders marked Claude Julien’s 1,000th career game as a coach. Julien is now 1-2-0 since rejoining Montreal.